The SJFA Bears faced their third game in the season against Chalfont St Peter Red Kites, playing at Home at Harefield. Conditions were cold at around freezing with thick mist and fog floating across the pitch. Warm-up started at around 09:30.

At around 10:05 the boys were called to the centre of the pitch, asked to line up around the centre circle and participated in 2 minutes silence to mark Remembrance Day. All the boys and spectators remained respectively silent. A great collective display of respect the fallen at the start to the match.

The game kicked off at around 10:10. The Red Kites kicked the game off, but the Bears quickly took possession with Hassan winning an early corner, however the ball was pushed quickly into the Bear half with an early goal being won by the Red Kites.

The Bears grabbed early possession with Hassan pushing the ball forward with Ammaar, with a superb goal for the Bears obtained by Hurr.

The Red Kites kept on pushing and obtained another goal, but the Bears were keeping up a very strong defence with Amaan stopping several attempts supported really well by Esa and Jawad. The first quarter ended at around 10:22. 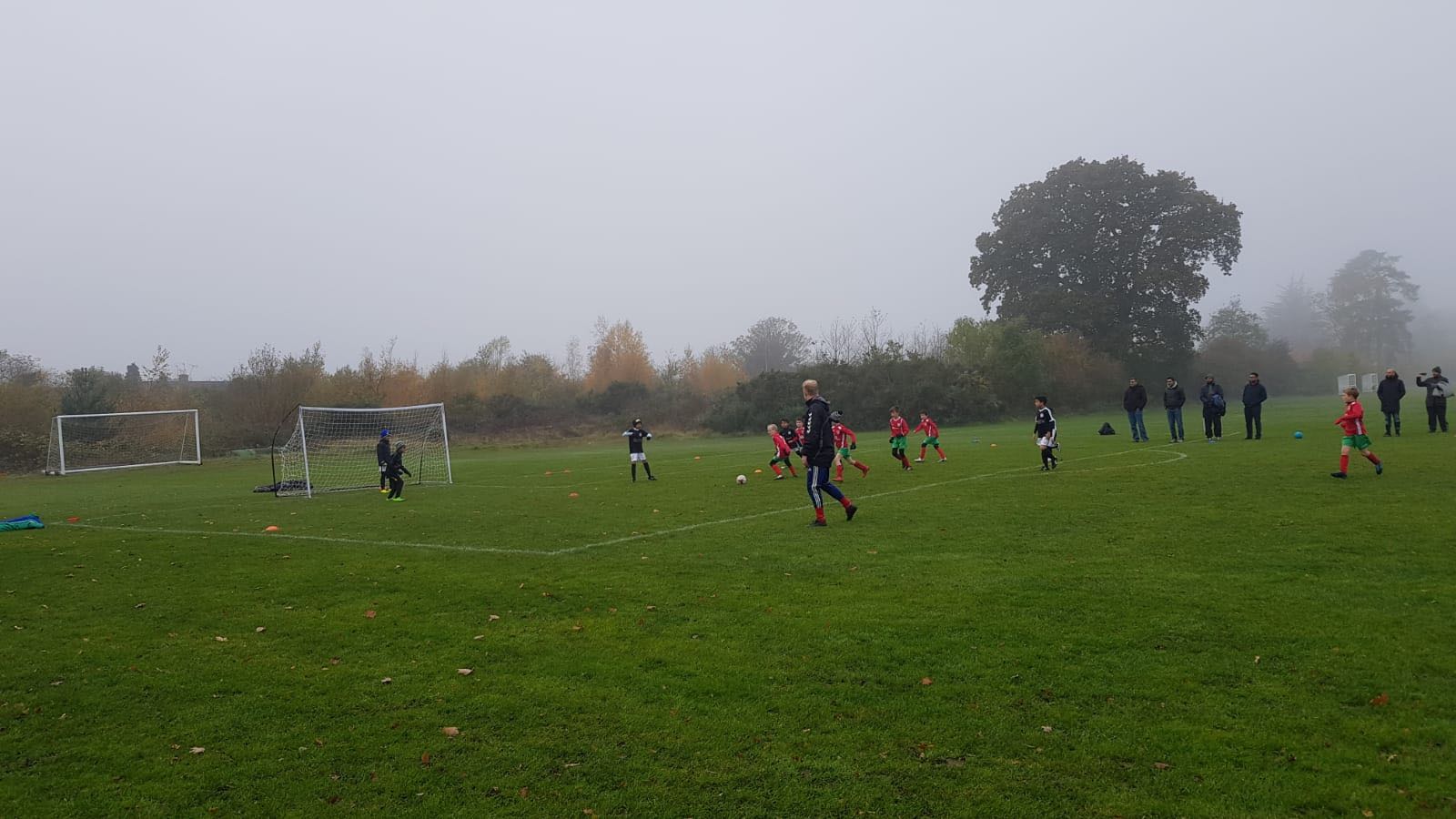 The second quarter got underway around with Aiden doing some great defensive work with Amaan and Aiden, getting the ball to the other half, but the Red Kites won the ball and took another goal followed by a further goal after winning a throw in.

Ammaar and Hassan secured a corner which was taken quickly by Hurr but the ball having being won back by the Red Kites and quickly pushed up the Bear end, with Abbas and Yusuf keeping the Red Kites from getting a clean shot of the goal, but an attempt resulted in another goal from a deflection, that brought the second quarter to an end.

During the break, Reza team manager really did a great job of re-setting the mental picture for the boys and they came out with fresh energy and determination.

The third quarter got underway around 10:40, however the Bears lost a man due to minor foot injury. The Red Kites were gracious enough to lend the Bears a man who took up his place as the Bear goalkeeper – Great sportsmanship was displayed by both sides. During the third quarter the ball ping ponged back and forth between both ends, with each team trying to get the advantage. The Bears displayed some great defensive work led by great blocking and tackling from Yousef and Amaan however the Red Kites weaved a ball through the defence and scored a further goal.

The third quarter got underway and the Red Kites loaned player now playing on the field for the Bears. There was good activity in the Red Kites half with the Bears pushing up hard winning a few corners but could not capitalise on a goal despite great power in trying to push the ball through. The Bears having lost the ball after the action in the Red Kites side, resulted in some further goals.

The match ended, with the final score being 12-1 to the Red Kites. It was a great match which tested the mental spirit of the Bear’s team, but they showed great determination and mental strength – the team getting stronger through each match experience. Great respect and sportsmanship were displayed at the during the 2 minute silence and loaning of a player respectively. The spectators enjoyed the match and were treated to some strongly brewed tea from one the Dad’s – A great morning for all!