Last Saturday, 140 of the finest players in the community gathered together to play in the 3rd annual Community Cup in Rectory Park, Northolt. This year, we were fortunate enough to have 14 sponsors who each sponsored a kit of a different colour, these were

We kicked off the day with the 4 group games being played simultaneously until noon. The top 4 teams from each group would advance to the Cup, these included Who is Hussain, Academic Coaching, Medics Pharmacy and YourWay from group A and Sneakershub, Gains with Govinchy, Eye Care Clinic and Simplify Group from group B. The next 2 teams that made the Plate were Westkin Associates and Otocare from group A and Hook’d and Conveno from group B. Unfortunately, the bottom team from each group was eliminated, this was Spiritual Journeys and Footsapp. 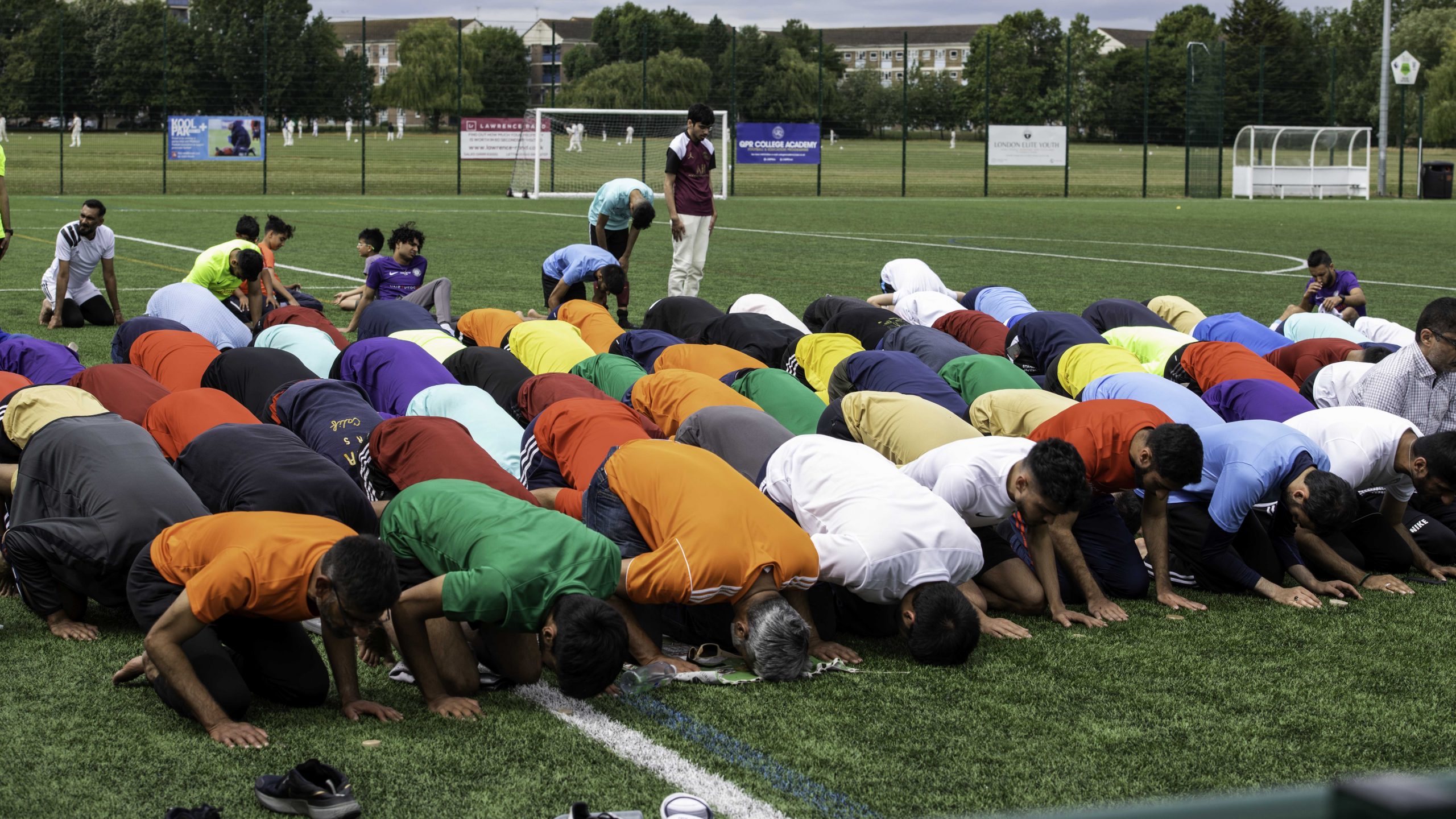 The quarter finals of the Cup kicked off after namaaz. The highlight of the round was a failed panenka attempt from the Simplify Group team in the penalty shootout. This saw them being eliminated by Who is Hussain, who joined Academic Coaching, Medics Pharmacy and Sneakershub in the semi finals.

The Plate semi-final was next, and despite a screamer by captain MohammedMehdi Karim, Conveno could not hold on to their 1 goal lead and fell to Westkin Associates, who joined Hook’d in the plate finals. 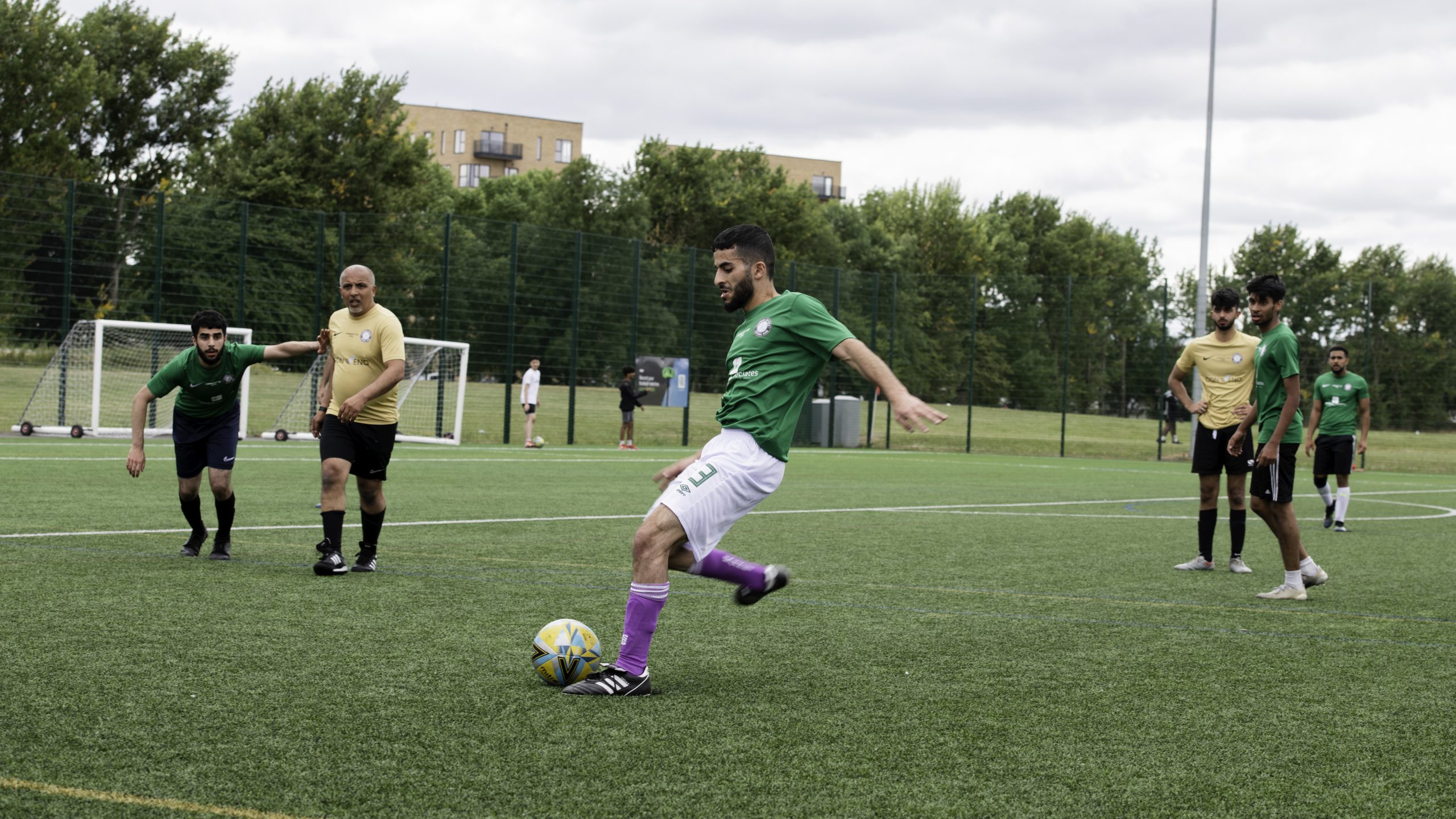 The Cup semi-finals then followed. Medics Pharmacy eased their way past Sneakershub with a 4-0 win, whilst Academic Coaching came from behind against Who is Hussain in a 2-1 win.

The Plate final was then set, Hook’d vs Westkin Associates. The score was deadlocked after normal time leading to a dramatic penalty shootout. Heroics from the goalkeeper MZ Kalyan and the goalposts helped Westkin to silverware and win the shootout 3-2. 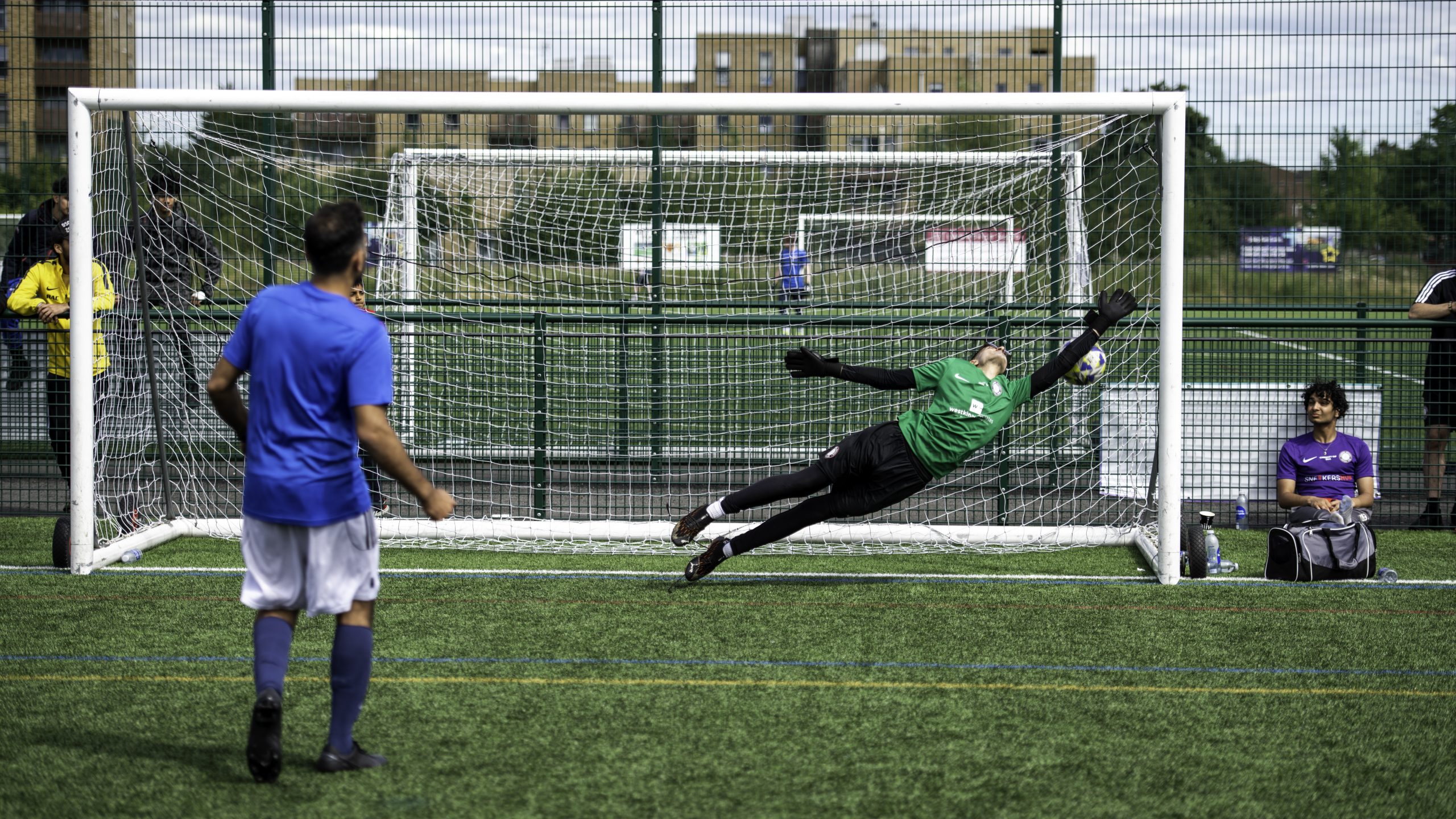 It was then down to main event, the Cup final. Medics Pharmacy vs Academic Coaching. The game was back and forth in the first half, however Medics Pharmacy’s talisman Hussein Gulamhussein snuck in a goal just before the half to break the deadlock. He then slotted a penalty just after half time to make it 2-0, however Ammar Jetha from Academic Coaching replied instantly from kick off with a tidy finish, making it 2-1. This was eventually the final score.

The individual award winners were:

Overall, on behalf of SJFC, we would like to thank all the sponsors, volunteers, players and spectators on the day who helped make this tournament a resounding success. Links to the photos are below, as well as a link to all the games and a short summary video of the day.