It was time for our big match against local rivals Harefield, on a cold Saturday morning. However the weather was nothing close to SJFA’s spirits, who had a great game. 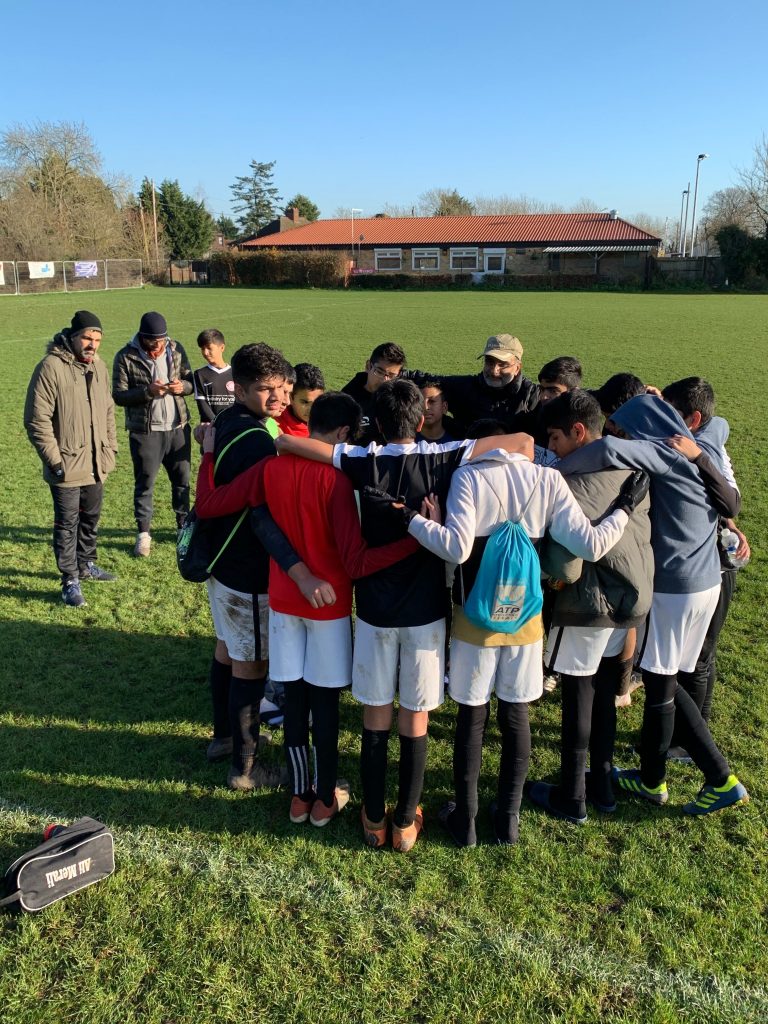 We decided to go for a different formation today, swapping between the front three which we normally play, nonetheless we played as if we had played this formation for years.

The whistle was blown and Ali Hadi kicked off to begin the game, and we pressed extremely well and gave them a great game for the first 15 minutes. However, unfortunately later one of the opposition players crept in at the far post to make it 1-0. Before we knew it at half time we were trailing 3-0.

Shams uncle gave a great team talk and reminded us of our heroics last week where we pulled the game back from 4-1 to 4-4. This lifted our spirits up and we were ready for the second half.

And in the second half after an early goal from them we scored one of the best goals ever in the Chiltern Church Junior League.We strung together seven quick passes, Harefield didn’t know what hit them and Zia played a quick cross for Saami to finish it off and pull one back. We were right back in it as Tommy scored another one. Unfortunately that was all the magic to come in that match and fatigue allowed them to score three in the last few minutes.
Overall we pressed hard and went well all game, one of our best this season.
Match report by Ali Merali
Share on Facebook Share on Twitter Share on Google+