Temperatures were low but spirits were high. We stepped onto a very muddy and wet pitch; this was going to be a difficult game. The lineup was as follows: 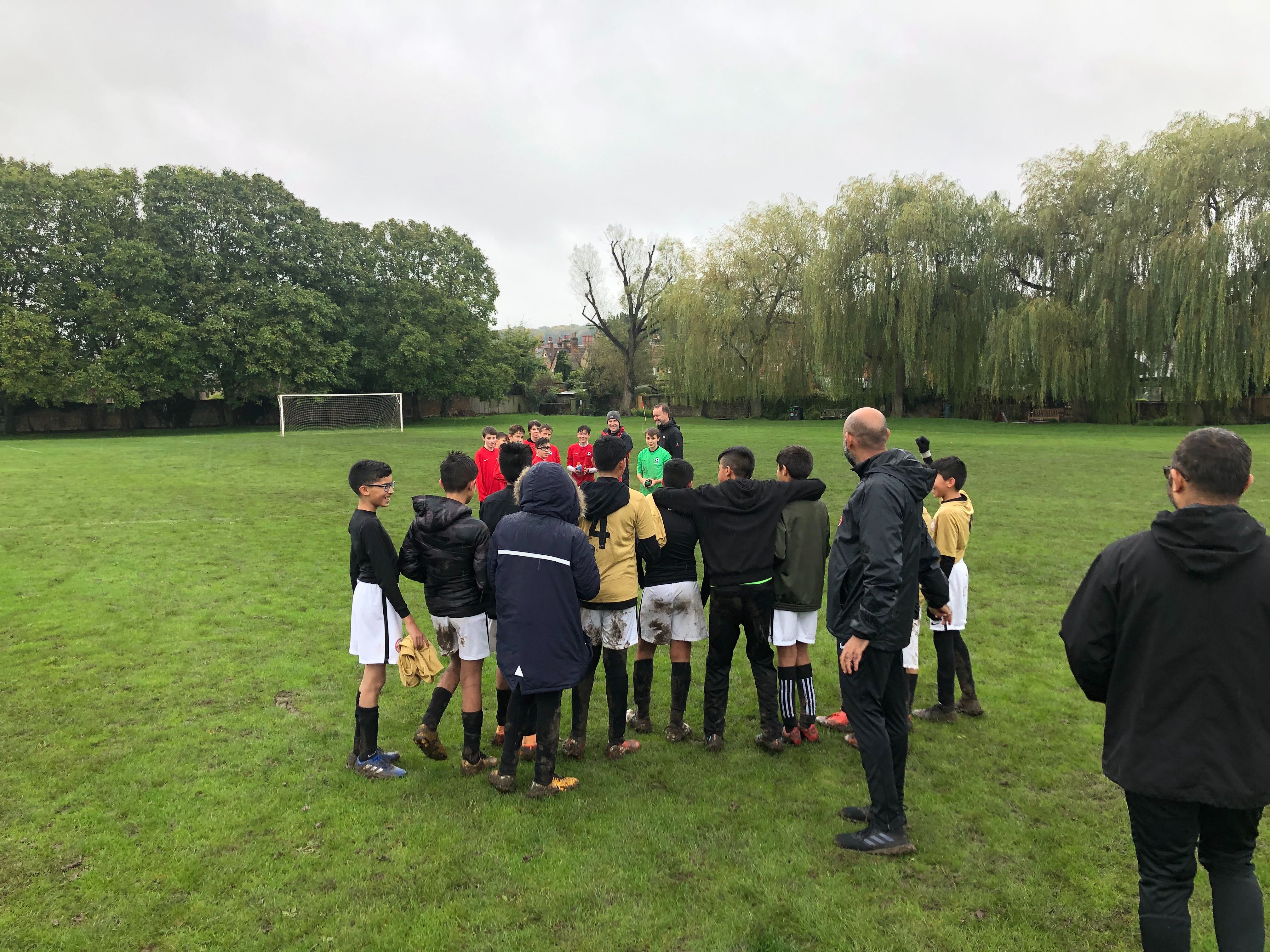 We started the game very slowly with Kings Church Amersham going 1-0 up then 2-0 in the first 10 minutes. After the second goal it was as if a light bulb had just turned on and we scored 2 goals in a successful two minutes. But the defence seemed to be struggling with the conditions as Kings Church were playing lots of longs balls. A mistimed aerial attempt on the ball from Alireza played through King Church’s forward who quickly converted. Although we were playing our heart out, we struggled in the conditions and were always looking for the long ball instead of trying to play football. Another successful long ball from Kings Church put the score at 4-2 going into half time.

We started the second half with a new mindset and were getting lots of opportunities on goal. Unfortunately we just weren’t able to covert. A quick counter attack from Kings Church caught out our defence. Their forward danced through our unsuspecting defence and skipped past our keeper. 5-2. At this point we were starting to get desperate. A good one-two between Alireza and Alirayhan put the score at 5-3. The last fifteen minutes were the most nail biting and tough. We pressed hard and attacked until the last minute. Unluckily we couldn’t convert but Kings Church could. They bagged a last minute goal with a counter attack that caught our defence napping.

Although we lost, we took a lot of positives from this game. Everyone gave 110 percent and we had a lot of very good chances. One thing we can  take away is that we need to work on out distribution and not always looking for the killer pass.