On crisp sunny September morning SJFA U13 stepped out on to the turf for their debut league fixture. 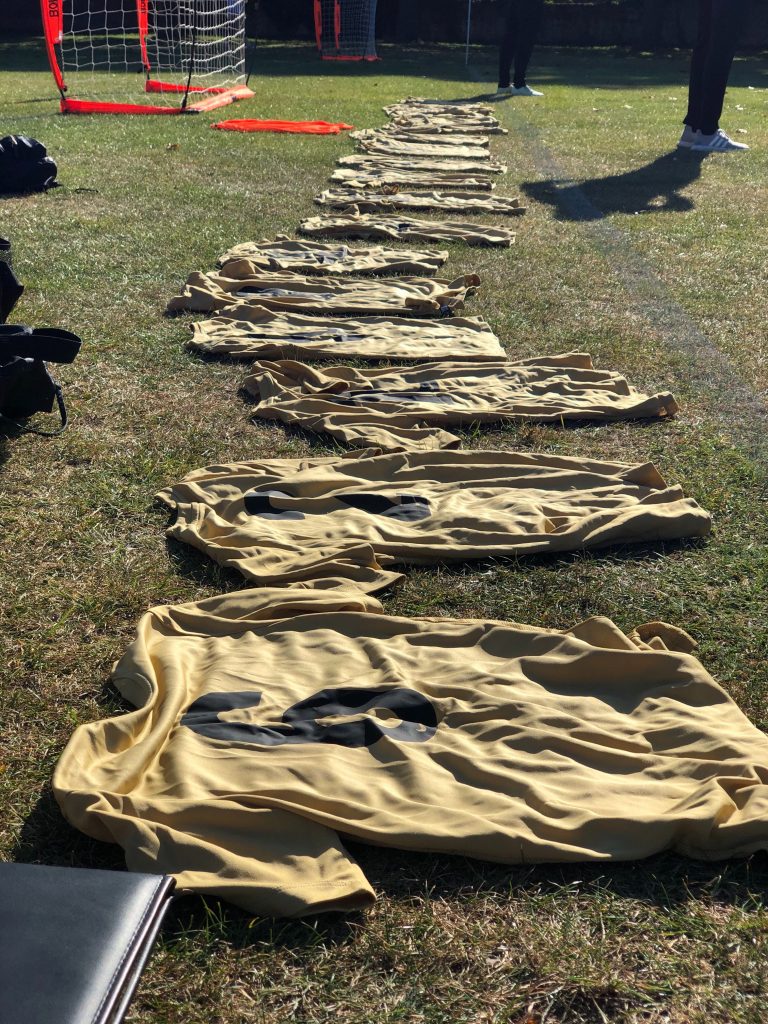 The whistle blew and the intent of both teams was clear to see, but in the early exchanges SJ had the better of the second balls and some good linking up between the SJFA forwards

On occasion Thistle look to hit SJFA on the break but Abbas Chandoo was aware of the danger and intercepted well. The hard work from the forwards paid off when Ali Dewji robs a Thistle defender of the ball and pulls it back for the on rushing Ali-Reyhan Merali who shoots high over the bar.

This pressing finally yielded a goal when Ali Dewji again stole in on a soft goal kick, this time he goes it alone, opening up his body and slotting it past the stranded keeper for 0-1

The goal stirs Thistle into attack with their no 3 and the switched on Aqil Karrawali sweeps across to the right, to snuff out the danger and put it out for a corner. Abbas Chandoo then clears the ball from the corner.

SJFA pressed their advantage and sensing more goals, Abid Ravji at left back shows some skill under pressure with a neat turn and then places the ball into midfield to Alireza Hamir, who puts a slide rule pass for Ali Dewji between right back and centre back who then finishes coolly 0-3. 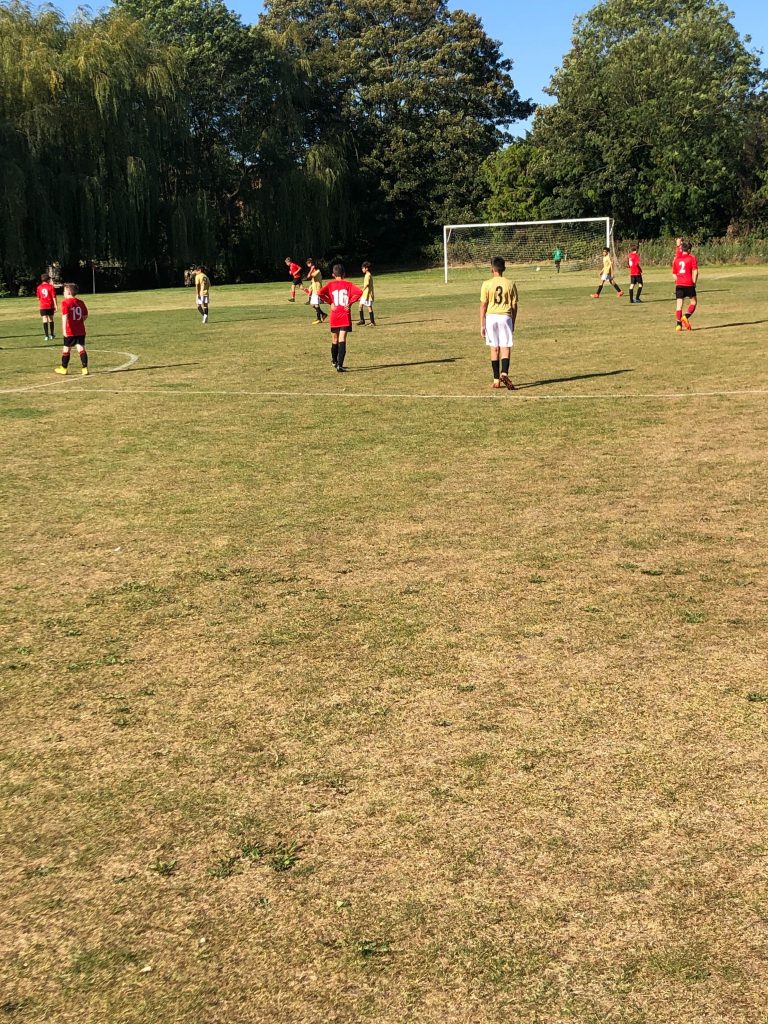 The pressure on Thistle continued with two close chances from Ali Dewji missing each far post and then Ali Rehan Merali challenging high up the pitch puts a great ball down the right hand line to Husayn Ismail who does a trick to beat the man and flashes a pass across the face of goal, unfortunately Jaabir Walji couldn’t make up the ground for a tap in.

Hassan Merali with some fine work on the wing, releases Ali Dewji, who on the turn has go.  The keeper makes a brave save, but it falls kindly for Alireza Hamir, who’s shot whistled through bodies for 0-4.

The coach decides to bring on some fresh legs with Qasim Hadi and Muhammad Akeel Mavani coming on. Thistle continue to pose a threat on the break and Aqeel Bhimani’s starting positioning in his box allowed him to collect anything that came his way.

SJFA work it through the midfield, a great run from Hassan Merali and shot is fumbled by the Thistle keeper, but this time Jaabir Walji charging in from deep is able to meet the ball before any of the Thistle defenders can react and finishes it high into the net 0-5.

No respite for Thistle as SJFA hunt for more goals, they win a corner from the jittery Thistle defence. The corner is played short to Ali Dewji who performs some trickery and provides a cross that finds Jaabir Walji who sweeps it into the goal for his second. 0-6

Taha Rashid comes on for Abbas Chandoo in central defence.

The pressure continued with Ali-Reyhan Merali intercepting the ball and tries to set Ali Dewji on his way.  It clips his heal but it breaks kindly for Alireza Hamir who passes it to Qasim Hadi who bears down on goal and shoots, but it’s just wide.

Thistle with their heads down loose the ball to Ali Dewji who steels it from defender and puts it into path of Ali-Reyhan Merali who sticks it in the corner past the keeper 0-7.

Second half Thistle came out determined to put the first half behind them and treat the second half with a clean slate. Immediately more questions were being asked of the SJFA defence, and they were answered with some good work from Muhammad Mavani breaking down promising Thistle moves on the right.

Aqeel Bhimani was also busier collecting the ball from crosses, now having to wear a black baseball cap to help keep the sun out of his eyes since the change of ends after the break.  With the defence seeing more of the ball Aqil Karrawali lifts a clearance clear, which Husayn Ismail latches onto and lifts his shot beyond the reach of the keeper 0-8.

Soon after the restart Husayn Ismail was involved again this time attempting to be provider with a neat 1-2 with Jaabir Walji who brings about a strong save from the keeper.

Aqil Karrawali tries to be provider again avoiding the offside trap with a well-timed pass which puts Husayn Ismail through on goal but this time the keeper stays strong.

As the match continued, and the heat began to take its toll many of the battles were in midfield.  The thistle midfield gets a hold of the ball and their pass splits the SJFA defence allowing their No 16 to slot past a stranded Aqeel Bhimani. 1-8

SJFA undeterred continue attack with Ali-Reyhan Merali putting Ali Dewji in 1 on 1 with the keeper who rattles the post.

Thistle continues to push hard to get another goal and Muhammad Mavani and Taha Rashid worked well together to clear the danger. Abid Ravji then lofts the ball through to Ali Dewji who slips in Husayn Ismail but the shot is saved.

Thistle’s next attack is snuffed out by Abbas Chandoo who passes it back to Aqeel Bhimani who picks it and is penalised by the referee for a back pass. From the resulting direct free kick Thistle hit the cross bar.

As both teams tire in the heat the games pace slows with few chances for either team.

The final whistle blows with the score ending 1-8 to SJFA.