After last weeks match the SJFC U10 “Eagles” were all looking forward to this weeks match away against Kings Church (Amersham) Athletic. 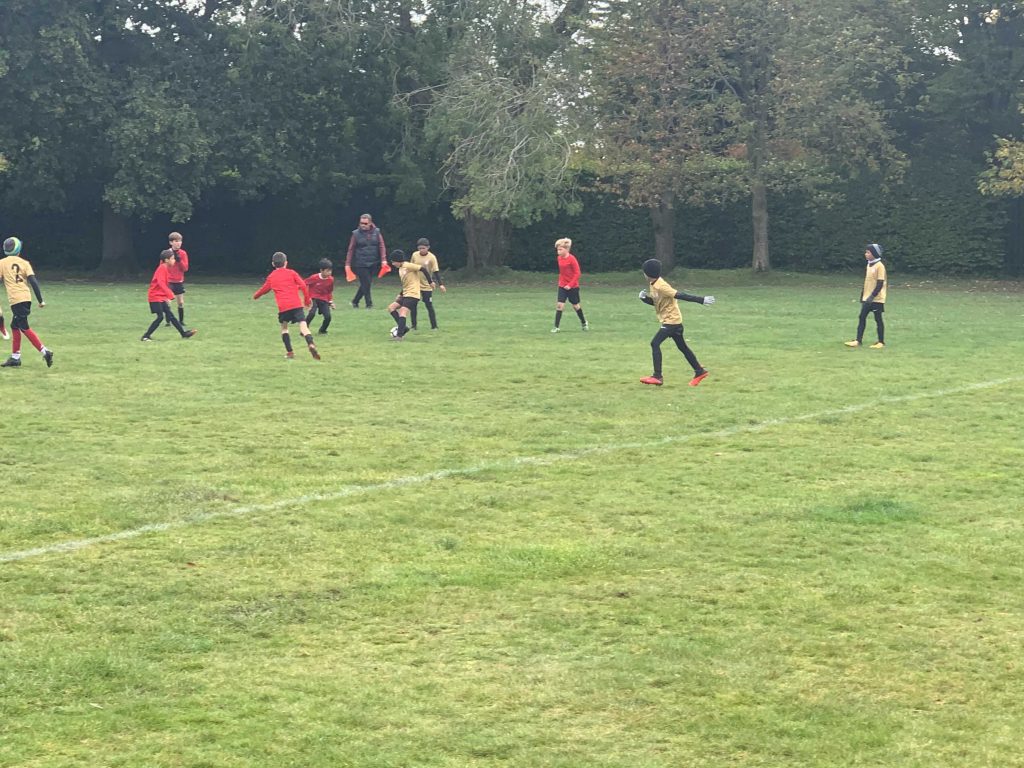 The Eagles started the match in strong fashion like last week with some good work from Zaki Mavani allowing Zain Dharas to get through on goal and score an early goal 1-0 to the Eagles.

Some lovely play by the Eagles attacking keeps the pressure on and the Eagles continue to test Kings Church but the their keeper makes some good saves to keep them in the game.

Lovely work from Hussain Bhaloo on the right who plays it into Zain Dharas who makes it 2-0. Zain Dharas then in true Ronald style charges down the field skipping a couple challenges, his deflected cross lands back at him and without skipping a beat he makes it 3-0 with a smart low finish. Zain has his hat trick with a promise of more to come.

The second quarter starts and Zaki Mavani continues to cause major problems down the left wing testing the keeper and defenders some more before his shot hits the bar. Hassan Valjy shows great foresight and intercepts a ball and finds Zaki Mavani who lays it off to Ali Nurmohammed who slots it sweetly into the bottom left 5-0, Great football by the Eagles!

Mikhail Rashid as keeper sends a cannon of a goal kick that continues to threaten ands allows the Eagles to get a few more chances straight from their goal kick. The half time whistle blows on a more even second quarter with Stanmore going into the break 5 goals up.

The second half kicks off with Hussain Bhaloo finding a beautiful pass into Zain Khatau who’s flick is unlucky not to get round the keeper. Kings Church work hard and break through but Mikhail Rashid now in defence, makes an awesome block to stop a good chance.

Eagles continue to keep the pressure on Kings Church and a throw in to Zain Dharas sees him dribbles through multiple challenges keeping the ball at his feet before he strikes it into the top right of the net for 6-0.

Kings Church now bring on an additional player but the Eagles continue to keep the attacking pressure, Mikhail Rashid from midfield plays an incredible through ball straight into Zain Dharas’ feet for him to tap in for 7-0. 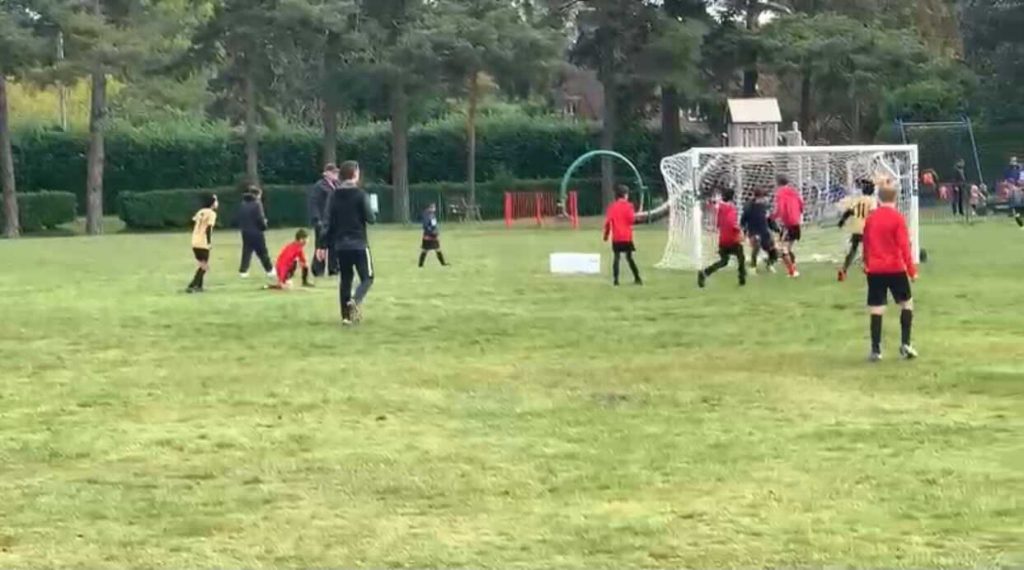 Hassan Valjy then pushes down the right wing and fires a good low shot that misses just passed the left post, Eagles continued to pepper shots at the Kings Church goal with Zain Khatau and Hussain Bhaloo both unlucky not to see the back of the net.

Mikhail Rashid wins yet another challenge to find Zain Dharas who plays a smart ball into Zain Khatau who puts it away for 8-0. Into the Final quarter and Ali Nurmohammed and Jaabir Merali are keeping the pressure on the Kings Church goal.

Ali Nurmohammed finds Jaabir Merali with a great pass, Jaabir finds his inner Messi to dribble in between the Kings Church defenders before placing a great finish into the bottom left 9-0.

Zain Dharas looks up and takes a shot from miles out which is heading into the top corner before a good save from the Kings Church keeper which kindly lands at Jaabir Merali’s feet for him to tap in to take the Eagles to 10-0.

Straight from a Kings Church goal kick Zaki Mavani steals the ball before unleashing a rocket that kisses the bar sweetly and into the back of the net for 11-0, Eagles continue to press forward and Ali Nurmohammed finds empty space running through the Kings Church half before slotting calmly in for his second now Eagles 12-0. 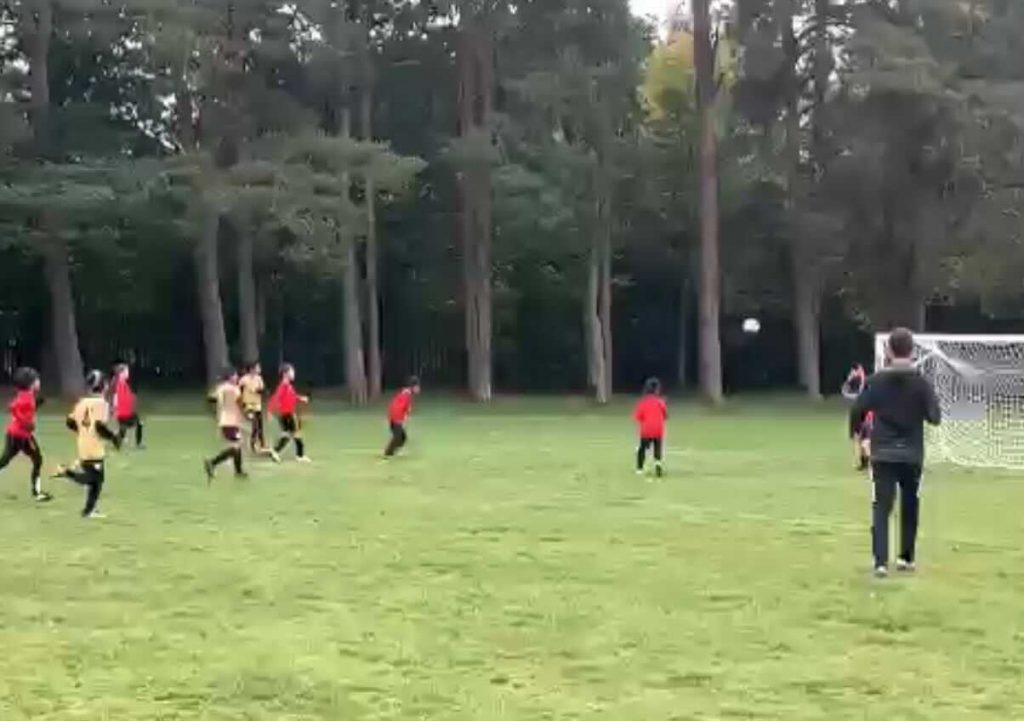 Zain Dharas now plays an eye of the needle pass from defence to find Mikhail Rashid who’s shot is cleared off the line, so unlucky!  Some great work from Ali Nurmohammed dribbling through midfield then out onto the wing and he plays in a low cross for Zain Dharas to tap in for the Eagles 13th and his 7th!

An incredible performance all around from the Eagles!