When we arrived we saw that the pitch wasn’t as we hoped. It was very muddy and bumpy due to bad weather.
As well as the pitch the goals were bigger than what we usually play on. 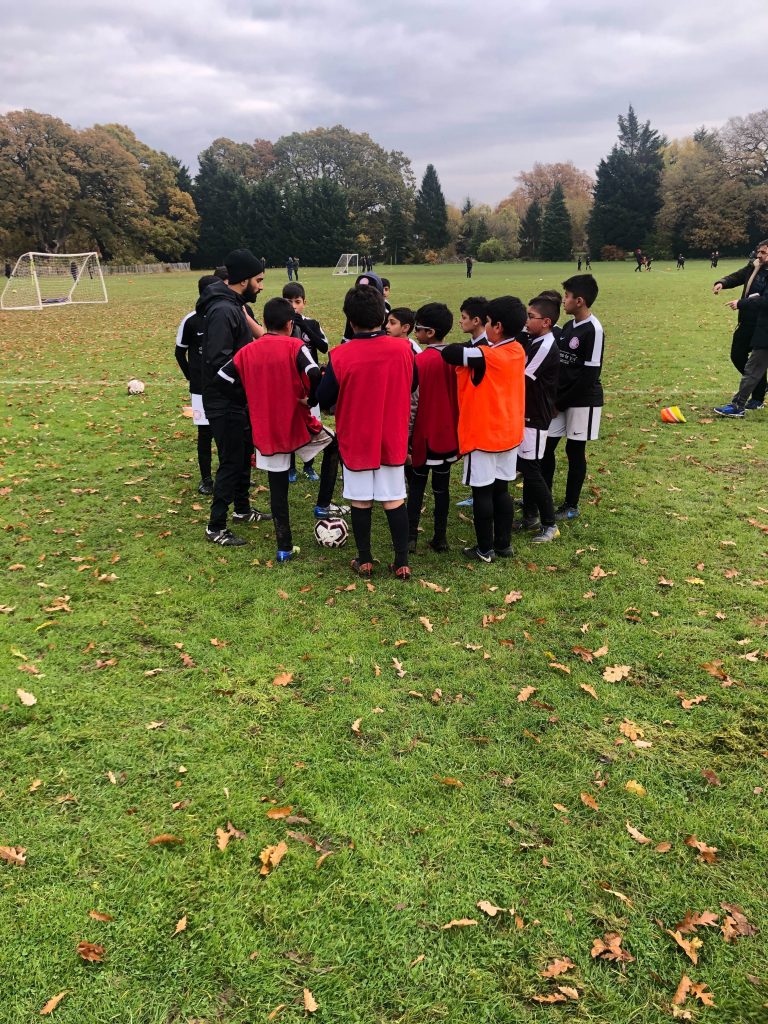 Ali Mehdi was the captain and chose to kick off. In the first minute Adam made a good sliding tackle but because of the bumpy pitch he had been injured himself. After this incident Munsif came on and we were balanced in possession for the first few minutes, but they had an attacker who was very big and was taking on our defenders. He dribbled past our defenders and got a slow and unpredictable shot on and as Suhail dived one way the ball rolled the other. 1-0 to Legacy, but we kept our heads up and kept going. We had a few minor chances but nothing too much, until the last minute when Ali Mehdi and Husayn Merali played a 1-2 and Ali Mehdi skilled 3 defenders close to goal but leaned back and hit it over the bar. That concluded the first quarter. 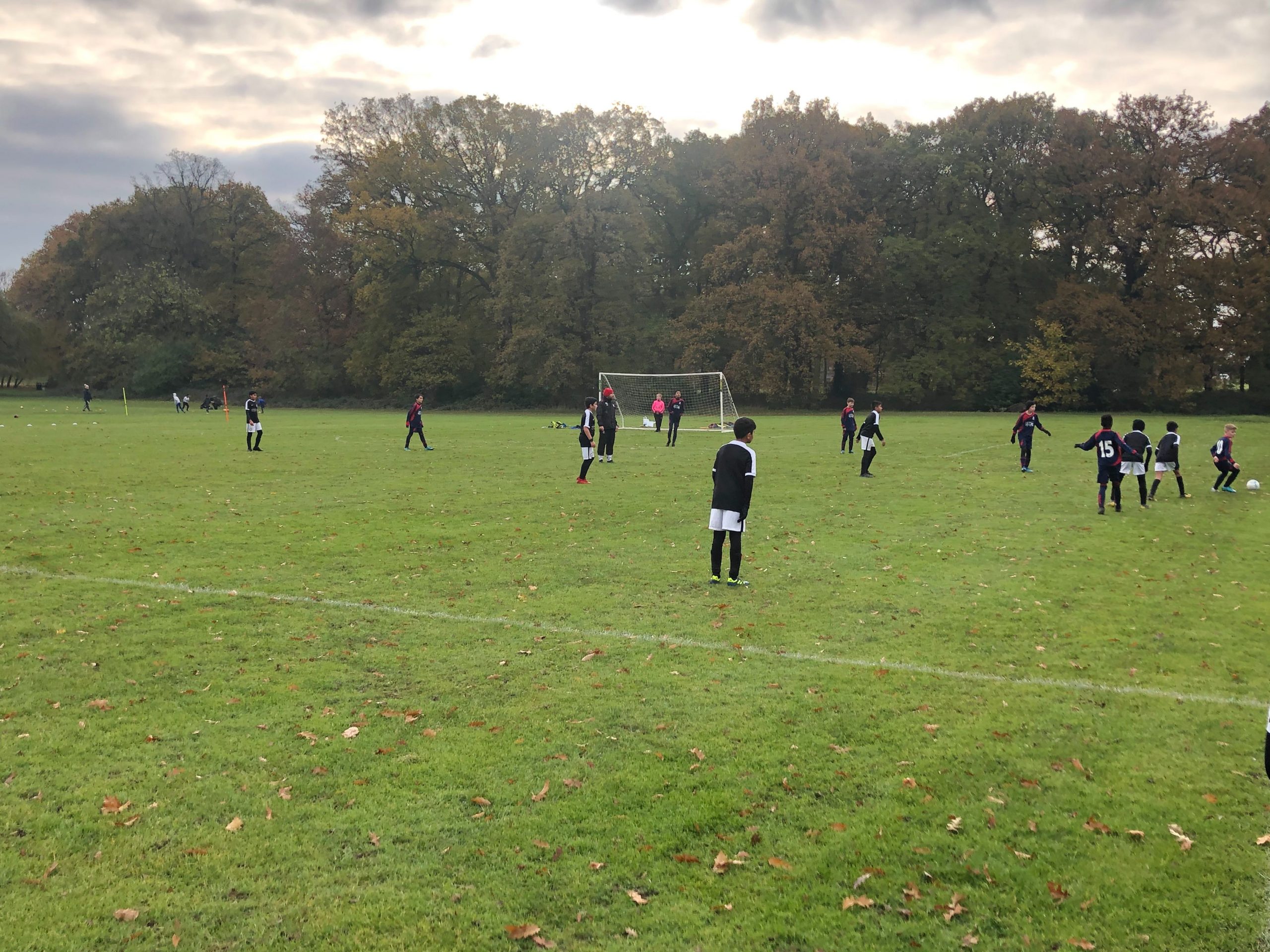 We had made 5 subs this quarter as we had 14 players. We started off well but we couldn’t finish our chances. Abbas Ali Ladha and Adam were working well together, playing good balls to each other but they couldn’t put it away.
The opposition had very few chances. When the other team made an attack they came 1 on 1 with Suhail but passed it to their team mate who barely got it past our defenders and into the goal.

That was the end of the 2nd quarter and the 1st half; the score was SJFA 0 – 2 Legacy Leopards.

After a lot more subs we kicked off to start the 3rd quarter putting pressure on the other team, we pressed a lot and got a lot more chances closer to goal. Then a good ball was played to Ali Mehdi who beat the defender with pace and was 1 on 1 with the keeper at a tight angle he hit it low and hard but the keeper saved it and got injured as it hit his lower stomach. Quickly their defenders got back to place and put a lot of pressure on Husayn Merali who hit the rebound wide. We were playing much better and tired out their players. Almost the exact same ball came to Ali Mehdi who took it round the defender and beat him by pace. He did not make the same mistake again and he hit it over the keeper into the roof of the net. That boosted the team and we played much better. We were making an attack through the centre of the pitch, Yusuf shot and it deflected off him and was scrambling around the box. One of their defenders cleared it to Ali Mehdi who rolled it past the defenders and finished it bottom corner. We were on the last attack and Haani missed an open goal, putting it wide. That was the 3rd quarter 2-2, we were very confident. 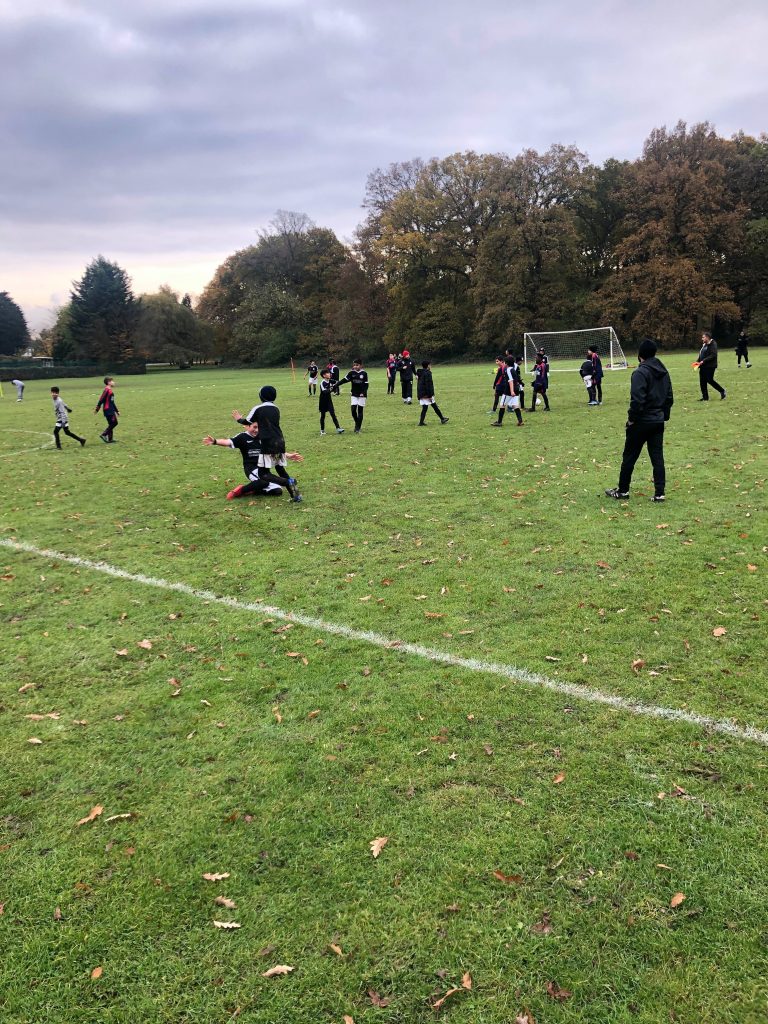 The final  quarter commenced and the ball was in their half, they had a player who wasn’t getting anywhere but was still skilling our players up. We had a couple attacks but they had a strong defender who stopped them. Then we had an attack that wasn’t too promising. Ali dribbled and played a ball to Abbas Ali Muraj on the edge of the box. He shot and it bounced in front of the keeper. With the help of Allah it went in. Abbas Ali had celebrated like no one before. He ran around the pitch screaming then slid and lay down. After their centre they played a long ball to an un-marked attacker who was one on one with Suhail. Suhail dived on the floor, but he shot up. It was nail biting, but he put it over the bar. The referee was saying there was 30 seconds left for about 2 min. But Stanmore got the victory 3-2.
The scorers were:
Ali Mehdi -2
Abbasali -1
Share on Facebook Share on Twitter Share on Google+