Initiation qasidas, new fashion boots, and a rallying speech from Captain Huss P, Vice Captain AmirAli and Vice Vice Captain Abbasali  the night before at the first ever squad team dinner, the tone was set for the rest of the season. Brotherhood, unity and battles! 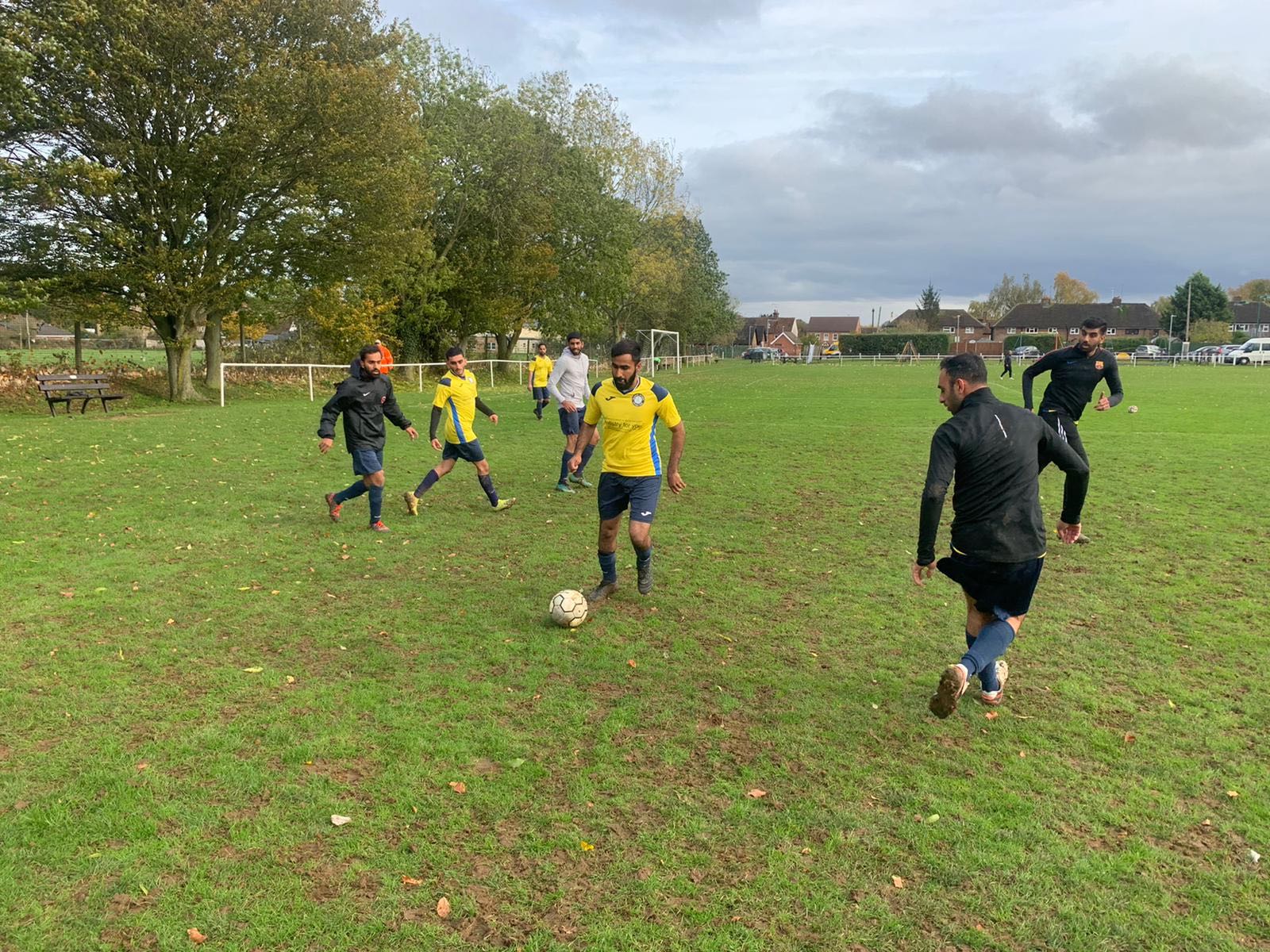 Despite the harsh conditions, SJFC were buoyed, enthused, and excited to take on the team sitting at the top of the table.

Stanmore Jaffery’s started well, committed, organised,  and following Ali Kamal’s instructions to a tee. We were unlucky to find ourselves 2 – 0 down in a short space of time. After some fantastic build up play, AmirAli won and converted his customary one a game penalty, leaving SJ 2-1 down. With momentum on our side, half time could’ve not come at a worse time. 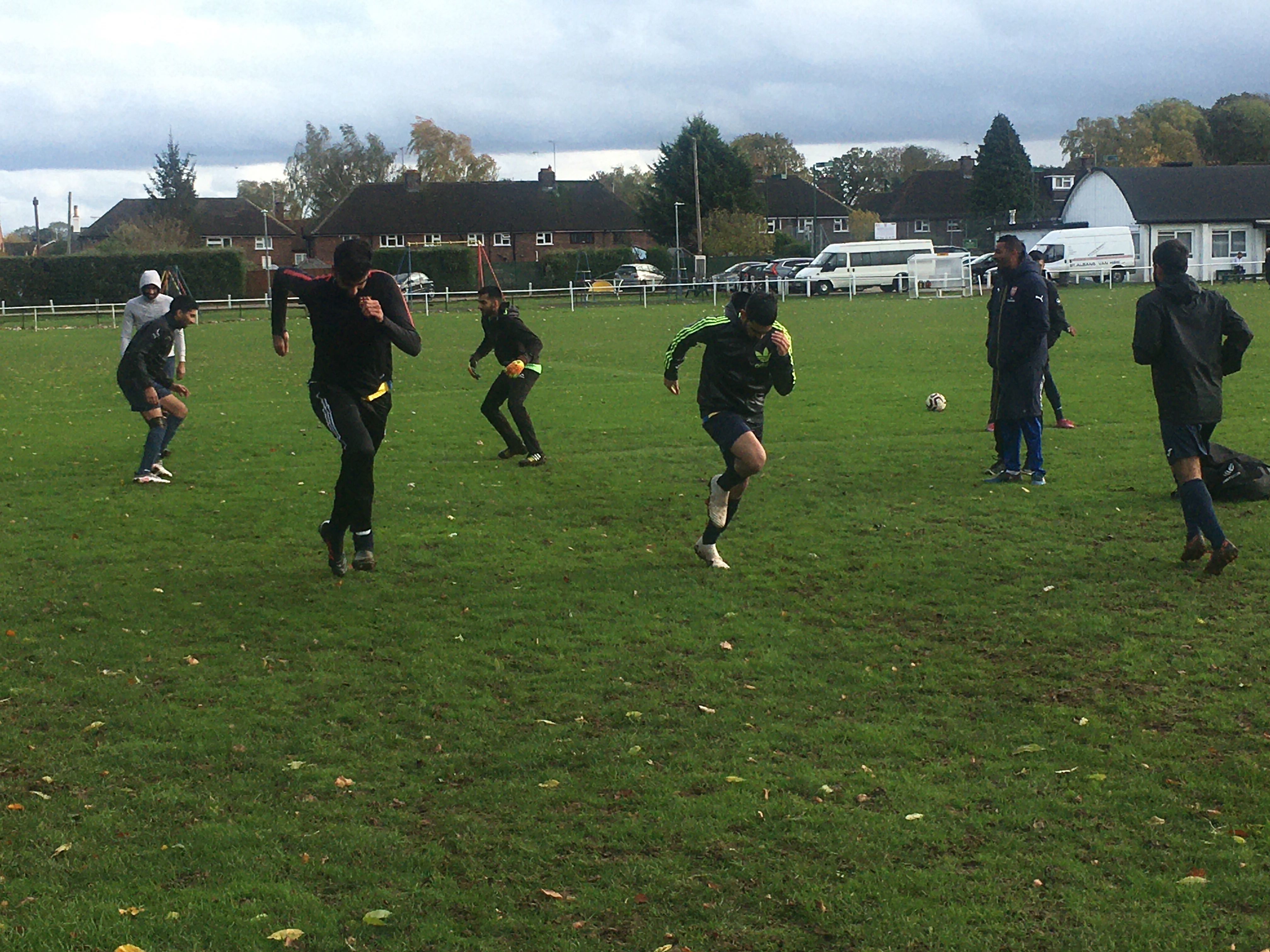 After a half time team talk, Ali Kamal, sent the team out, with instructions to maintain team shape and carry on doing what we did in the first half. Refreshed with Robinson’s provided by the home team (!), We went out ready to win the game.

Unfortunately, the home team came out even stronger. With SJ losing their shape, and numerous other contributing factors, the home team scored 5 goals in succession.

A whipped cross from newcomer Ali Abbas Datoo from LB, was fantastically converted with a looping header over the opposition keeper by AmirAli. Though merely a consolation goal, plaudits even from the opposition fans were received. 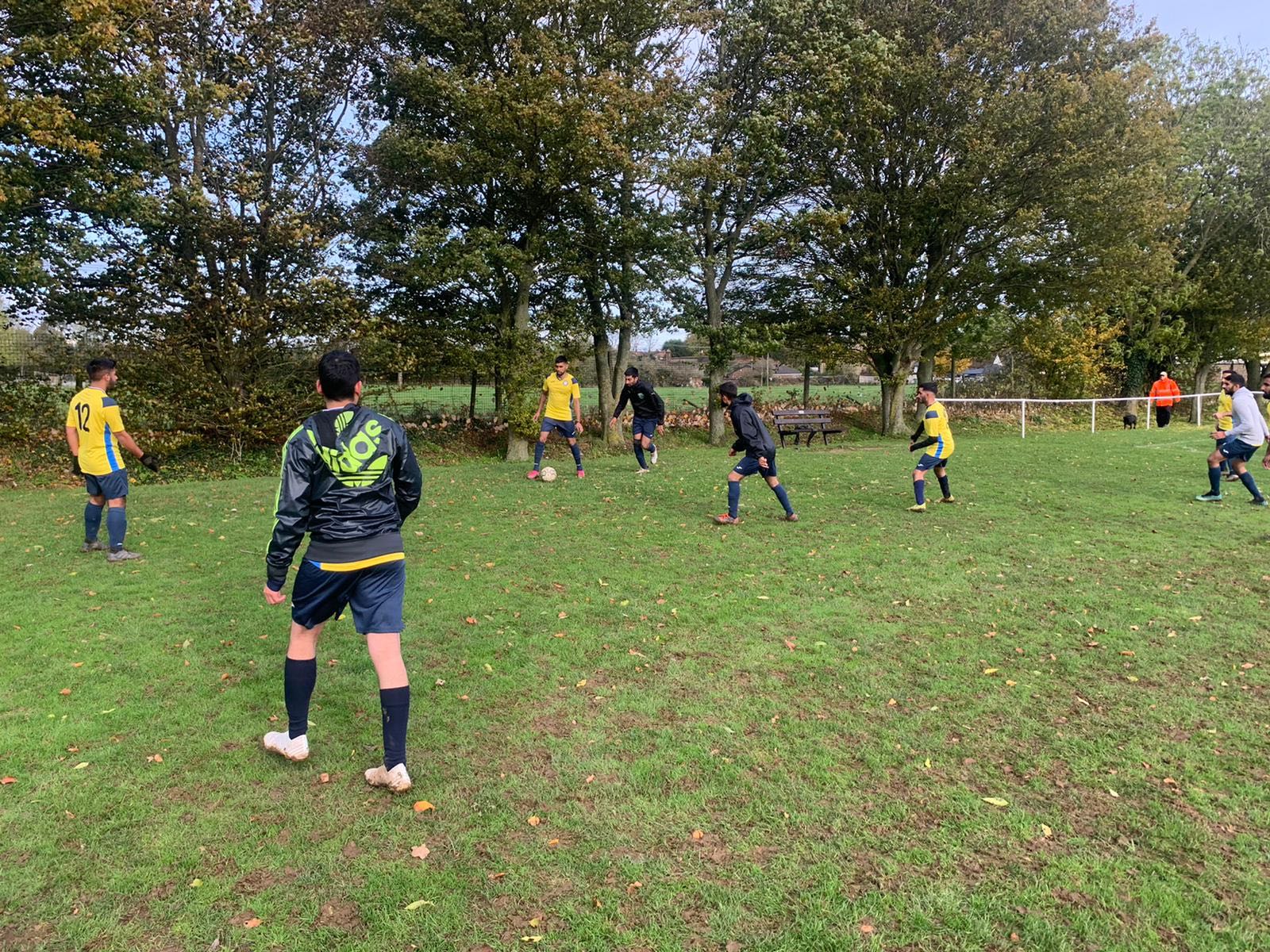 The game ended with SJFC losing 7-2. A massive learning curve, and more work to do on the training pitch.

A shout-out to Uncle Mo – rightfully earning SJFC’s No1 Fan.