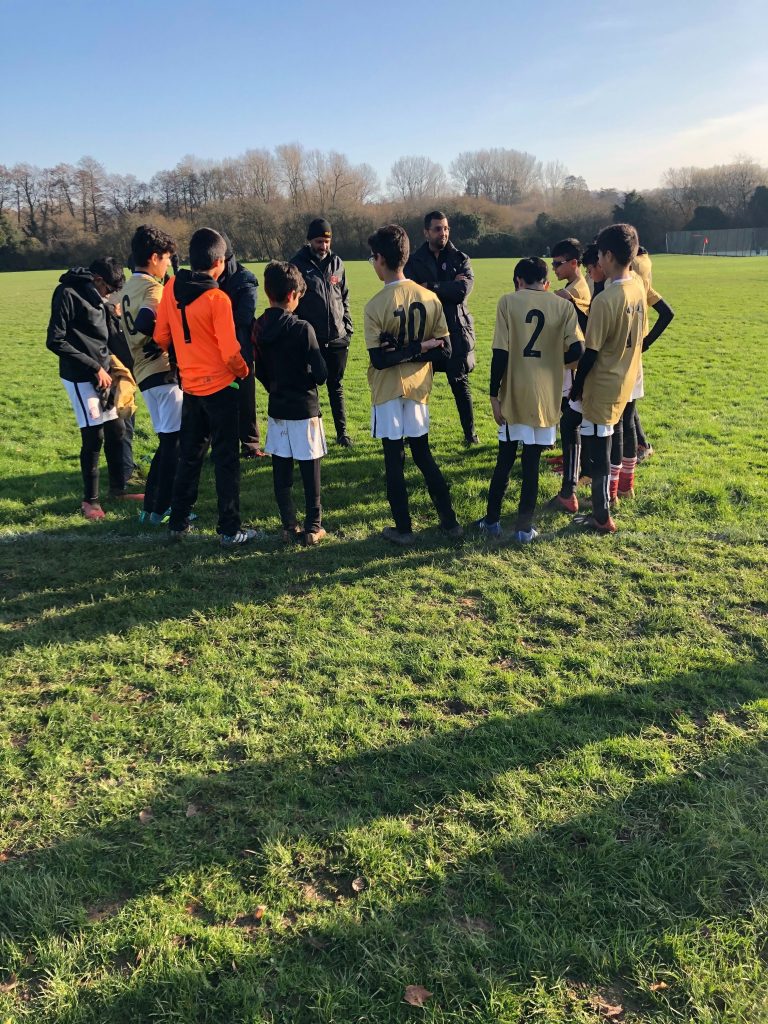 The game started on a slow place due the pitch being wet and the boys struggling to move the ball around but it was not long until Ali Dewji found the net with a fantastic strike. This built the confidence of the team being ahead in the game against the league leaders.

We soon began to struggle getting the ball past the midfield of the opposition and there it was an attack from the opposition, and they scored. It was 1-1 and within seconds they were on the attack again but luckily Aqeel Bhimani came out with a stunning save keeping the ball out of the net. After, we continued to play keeping possession, nearly scoring with a shot from outside the area. It was half time as the whistle blew. 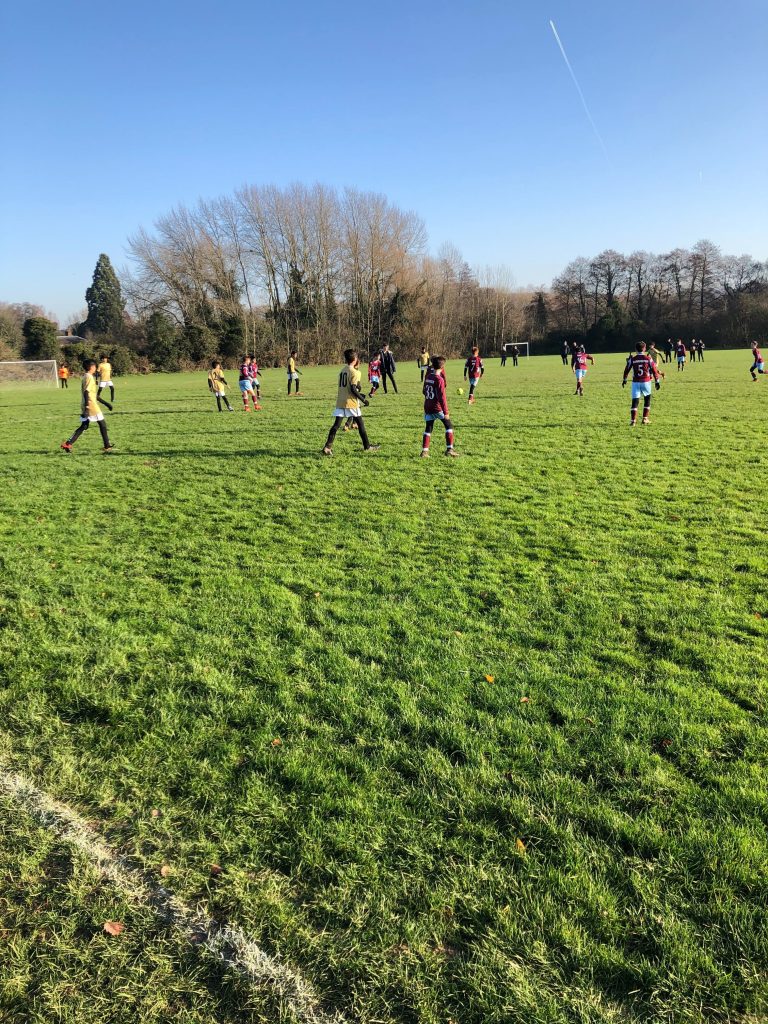 As we walked back on to the pitch, we still had high hopes against the opposition. The second half was underway, and we were attacking. We had a great linkup to play down the line creating a opportunity to score. With a great volley Ali Dewji shot and scored at the far post lifting our hopes once again. It was 2-1. “Come on!” the parents shouted from the sideline. Our strikers danced through their defence and shot unluckily rebounding off the keeper but Qasim Hadi was there to finish the ball into the back of the goal at this point it was 3-1. Soon after we got a counter attack again and we were running at pace, the goalkeeper came out clearing the ball but gifting it to Abid Ravji, who with great composure chipped the ball over the players and into the back of the net and with that it wrapped up the game as within minutes the full time whistle was blown. We had beaten the leaders of the league 4 – 1.