At the home of Stanmore Jafferys , the new laid out grass and the new painted lines greeted us. For our first game of the season 20/21, you could feel the excitement in the air.

First 5 mins in to the game our midfield lobs the ball over Hinton’ defence for Yaseen to chase onto, keeper comes rushing out and misses the ball but takes out Yaseen and the ref awards us a penalty. 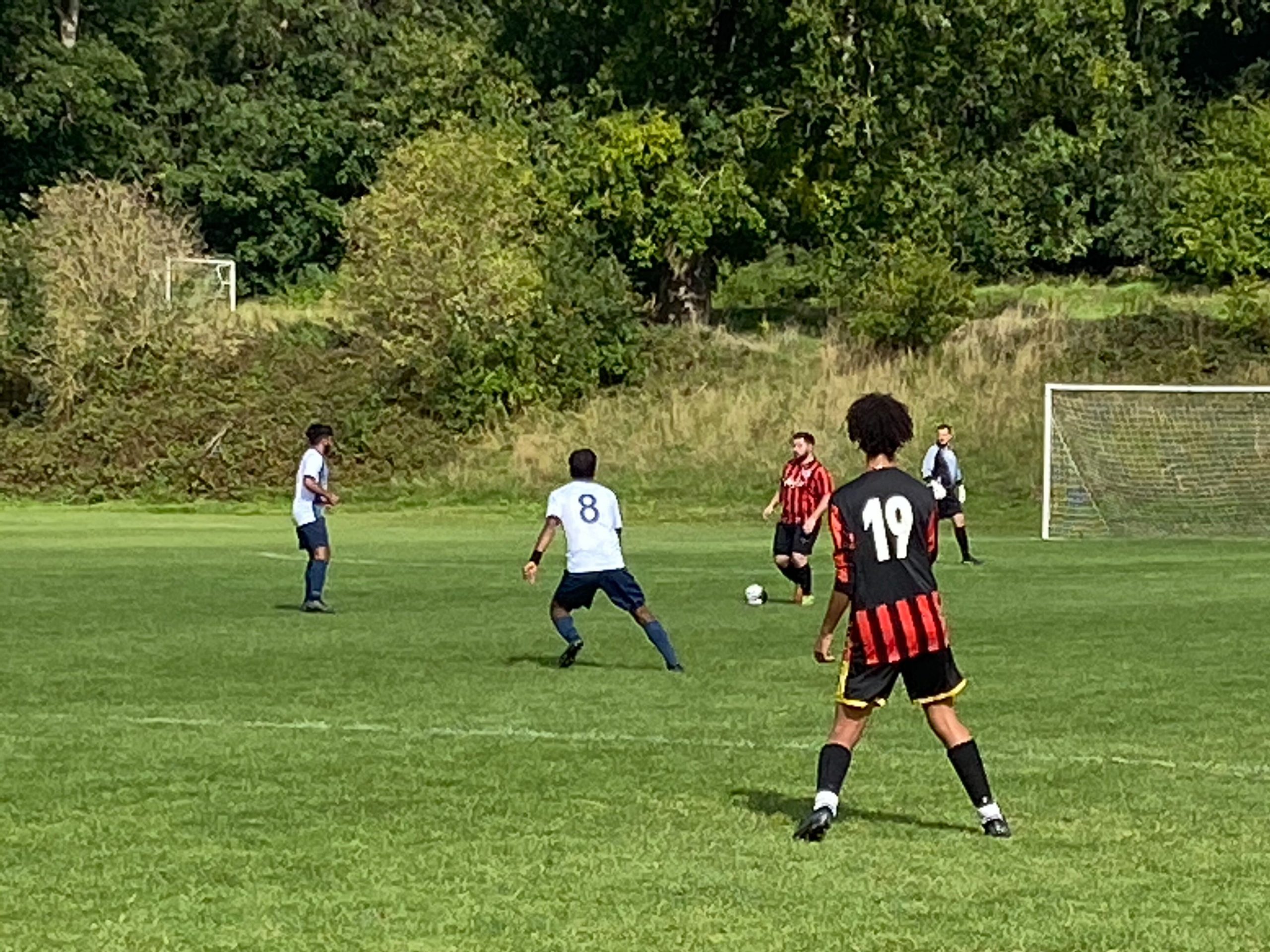 Murtaza walks up to take it, the keeper comes out laughing and says “ no pressure” , and indeed he had no pressure and smashes the ball to the back of the net. 1-0 Stanmore!

The game isn’t over 80+ minutes left of the game, we can’t lose our heads!. Hinton kick off and start to move the ball around from left to right, the midfield plays the ball through to the right wing, Baqer tried to clear the ball but had no reach so he had no choice but to slide tackle and clashes with the defender and the winger, ref gives a free kick. Free kick in a dangerous territory, Imranali sets up the wall, the striker smashes the ball but doesn’t get it past the wall, the ref blows his whistle as Mahdi Merali has jumped early and out of the wall and the free kick was taken again. This time no threat at all the ball went out of play.

The keeper plays the ball out to the midfield, who then pass on to Maz who unfortunately couldn’t see his options and loses the ball in the middle of two players, the ball played to the right wing , As he sprints with the Baqer on his tail , he starts to turn and go towards goal and he slots it just underneath the keeper. Goal to Hinton, 1-1. 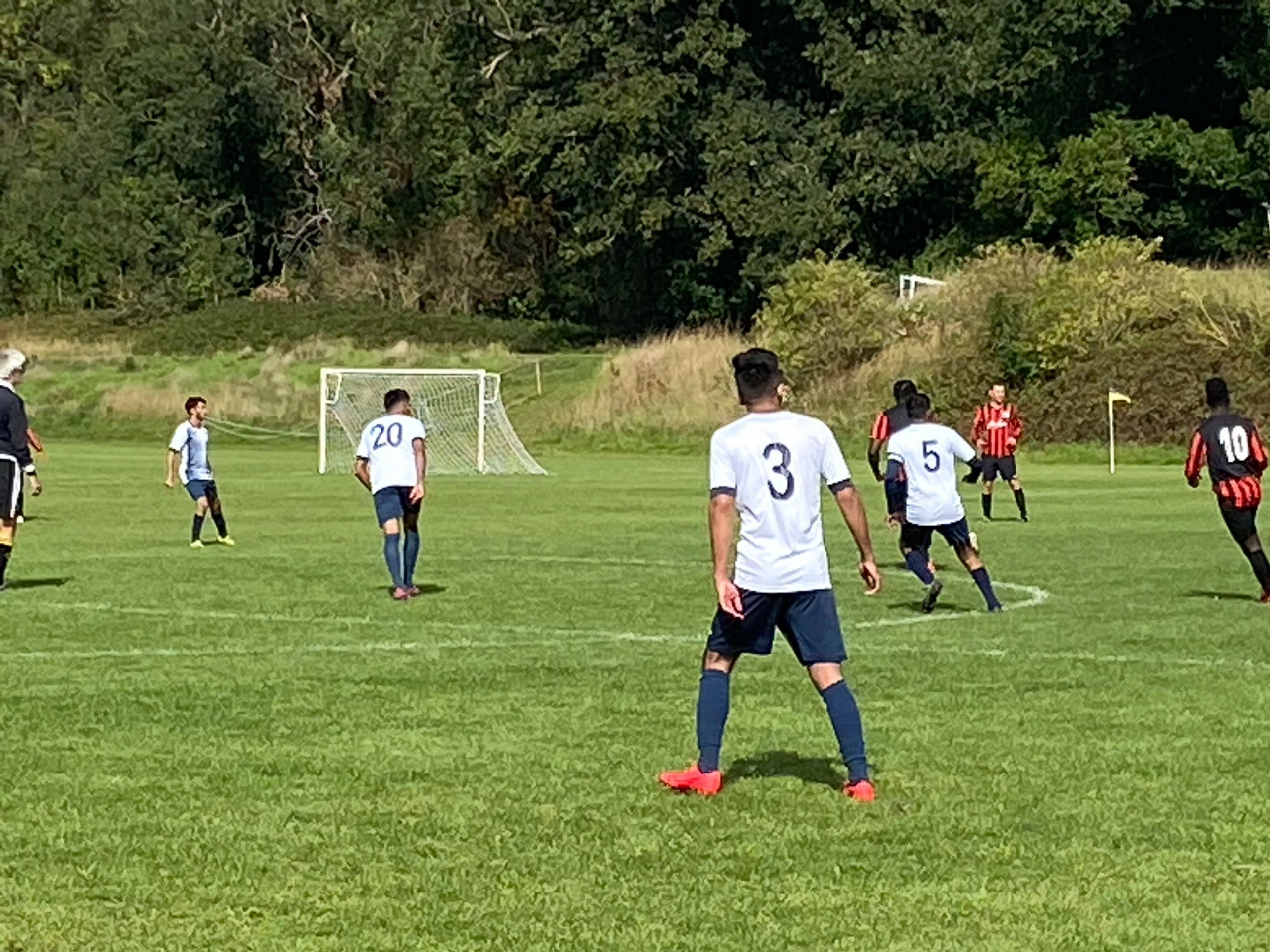 In the second half , we change formation to a 4-4-2 diamond.

As the half begins , Hinton pressure us on our first touch, which leads to us playing the ball long.

As the ball is played into the air, our centre back gets a hold of it but loses the battle on the ground and loses the ball , which then leads to the striker running through and slotting it home. 2-1 Hinton. 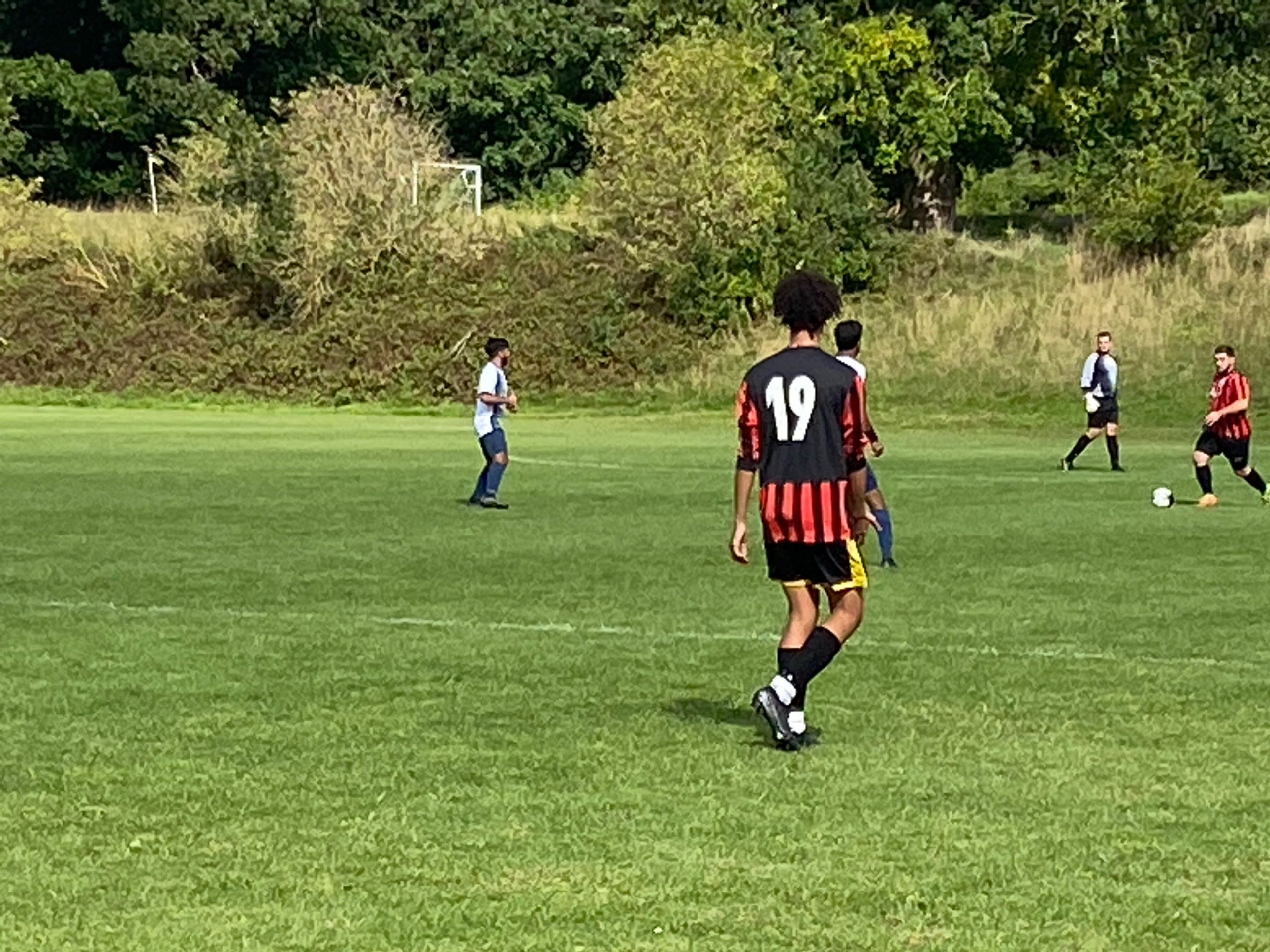 As the game goes on, despite SJFC battling they failed to get a goal back and lost the game 2-1.