Having lost 5-1 to this team just before lockdown, the boys had mixed emotions – they didn’t want to lose again, but they wanted an opportunity to ensure they had a chance to win.

We knew matches were starting thick and fast and that meant only one thing at the start of the season been greeted by the great British weather raining raining and more raining. 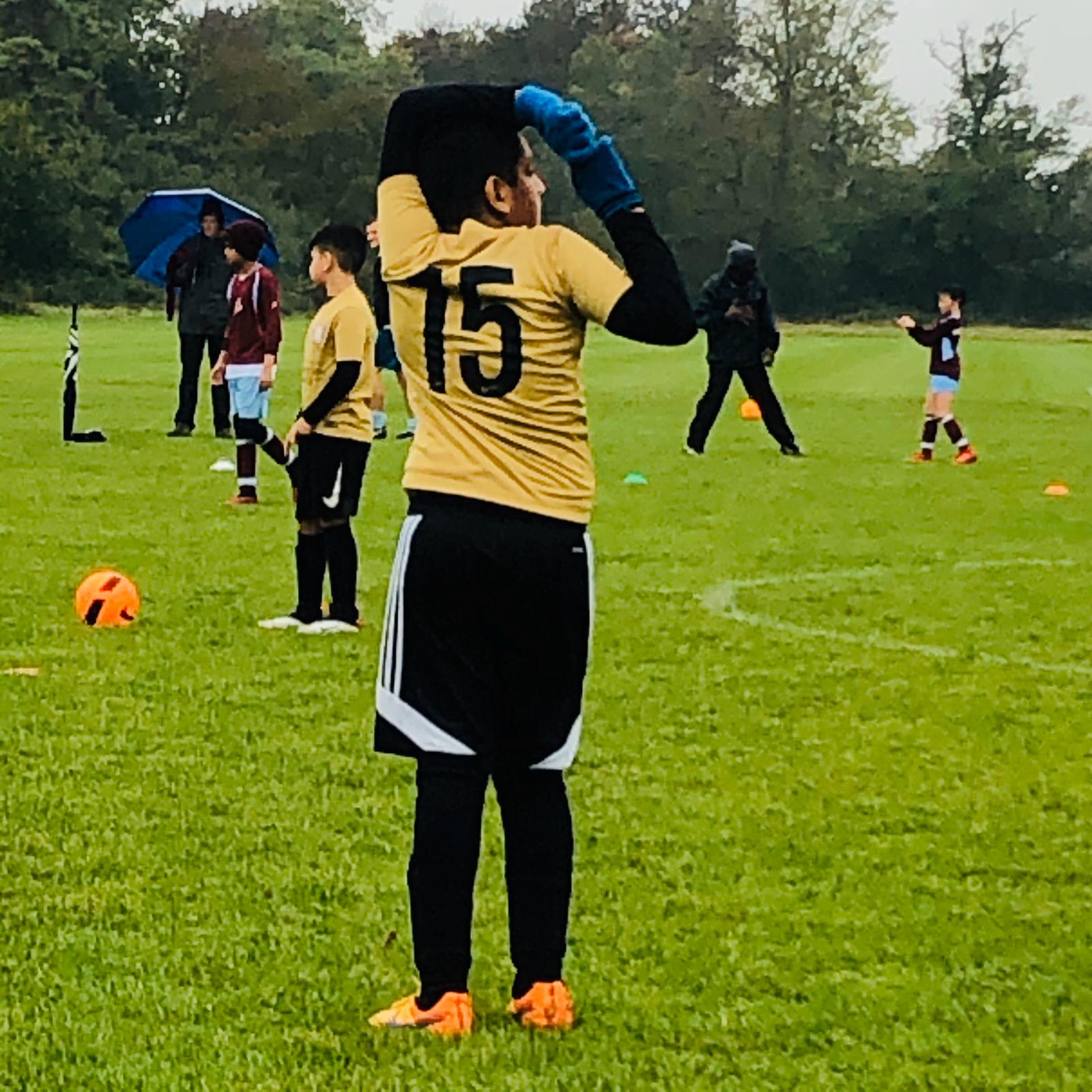 Teams are lined up ready to go which meant everybody was up and running. The game started with a good tempo and SJFC were on the front door with 3 quick corners.

Jabir Merali in defence, Zaki Mavani on the left and Zain Dharas on the right meant that we were set for the game.

SJFC started really well pressing the goals and with a few good threaded passes and we already had 3 shots in goal within 5 mins. An encouraging start.

A neat pass from midfield and Zain Dharas crossed the ball in from the corner and what a strike from Ali Numohammed and SJFC 1-0 up.

What a run from Abbas Rajvani taking the ball from defence , like a little Messi – left, then right, then left again and then right – made everyone dizzy and scoring a stunning goal.

Second quarter saw Husain Bhaloo replace Jaabir Merali in defence and Zayn Khatau and Hassan Bhaloo come on for Zain Dharas and Ali Nurmohammed. What a defensive partnership between Hussein Bhaloo and Adam Merali and ball cleared up front. 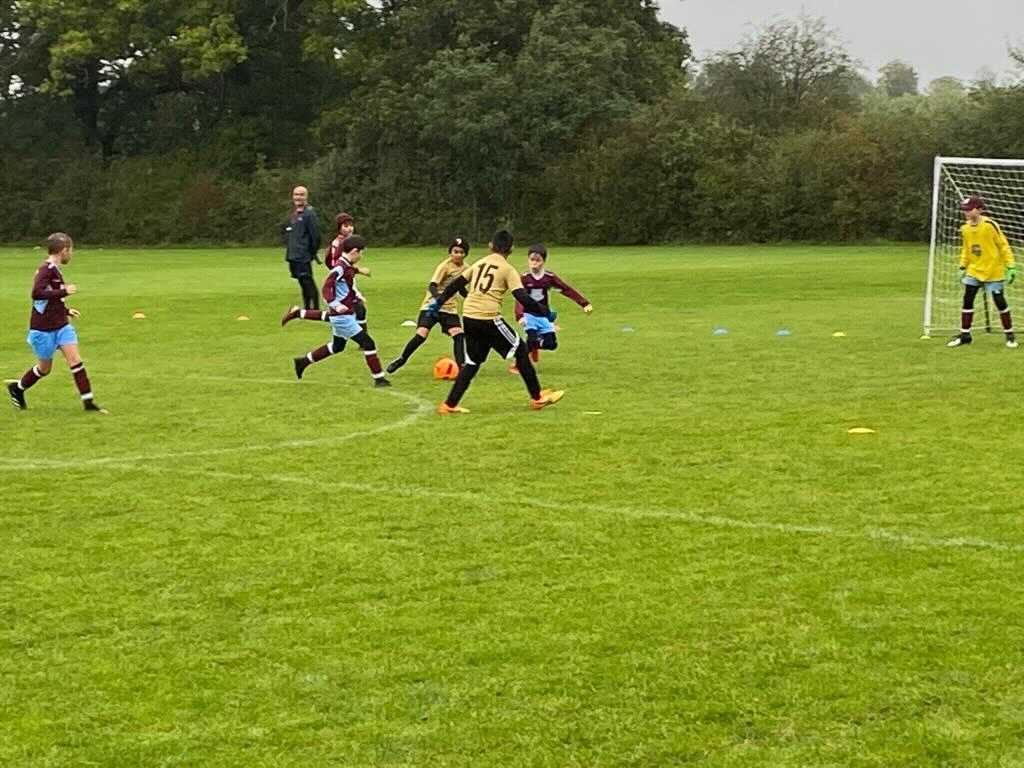 What a good few tackles again from the defenders and the Bisons keeper comfortably takes the ball.

Another great pass by Zaki Mavani and and Abbas Rajvani gets his second of the day. SJFC 3-0 up

SJFC were controlling the match and a few long passes from the opposition keeper kept them in the game.

Second-half started with Abbas Rajvani in goal. Ali Nurmohammed in midfield with Hassan Valjy, Zayn Khatau and Hussein Bhaloo on the right with Zain Dharas up front. Mikhial Rashid and Jaabir Merali in defence. 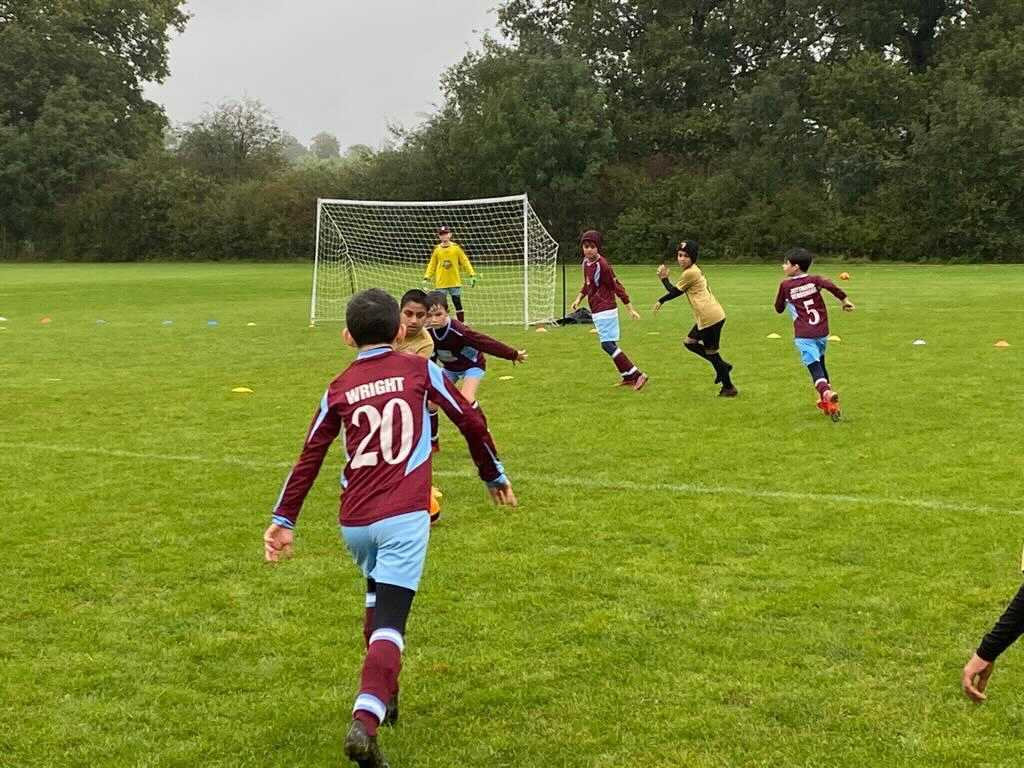 Good defensive work from both teams and the game mostly being played in midfield. Mikhial and Jaabir were rocks at the back, and at one point both putting their bodies on the line in the same move when Bisons broke. That avoided a goal and the 3-0 cushion.

One counterattack from Bisons saw the ball just whistle past the goalpost. Score still 3-0.

The rain finally eased off and what a lay off from Ali Nurmohammed to Hassan Valjy and the ball goes past the post.

The Bisons keeper decided Route 1 was the option and his efforts were nearly rewarded as the ball went over the crossbar.

Corner from Bisons and the ball just rolled basses Zayn Khatau at the front post and nestled at the back of the net. 3-1 to SJFC. 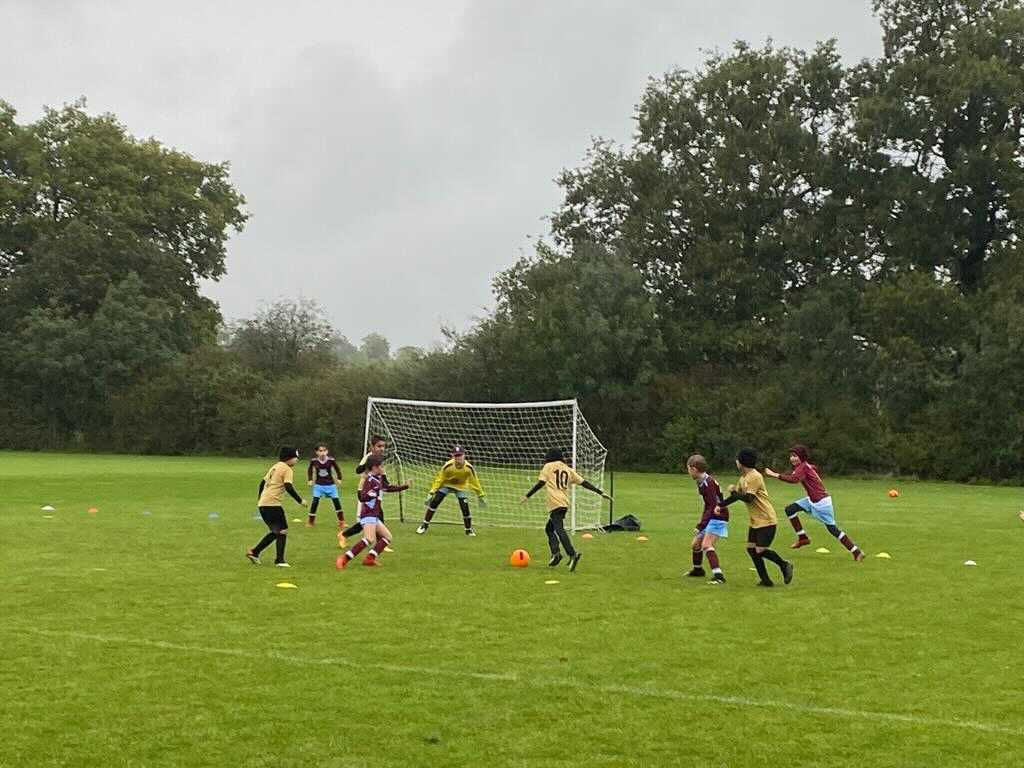 What a cross in from Zaki at the corner flag and Abbas Rajvani  gets his Hat-rick. 4-1 to SJFC.

Another cross from Zaki to Abbas and what a cut back and unfortunately Ali Nurmohammed’s cross was saved and goes over for a corner.

Pressure from SJFC was up again with some good football and Zain Dharas shooting from outside the box seeing it swerve left of the post.

What a touch from Zain Dharas and a shot. 5-1 as the ball zips past the keeper.

Final two minutes saw SJFC crank up the pressure and the game ended 5-1.