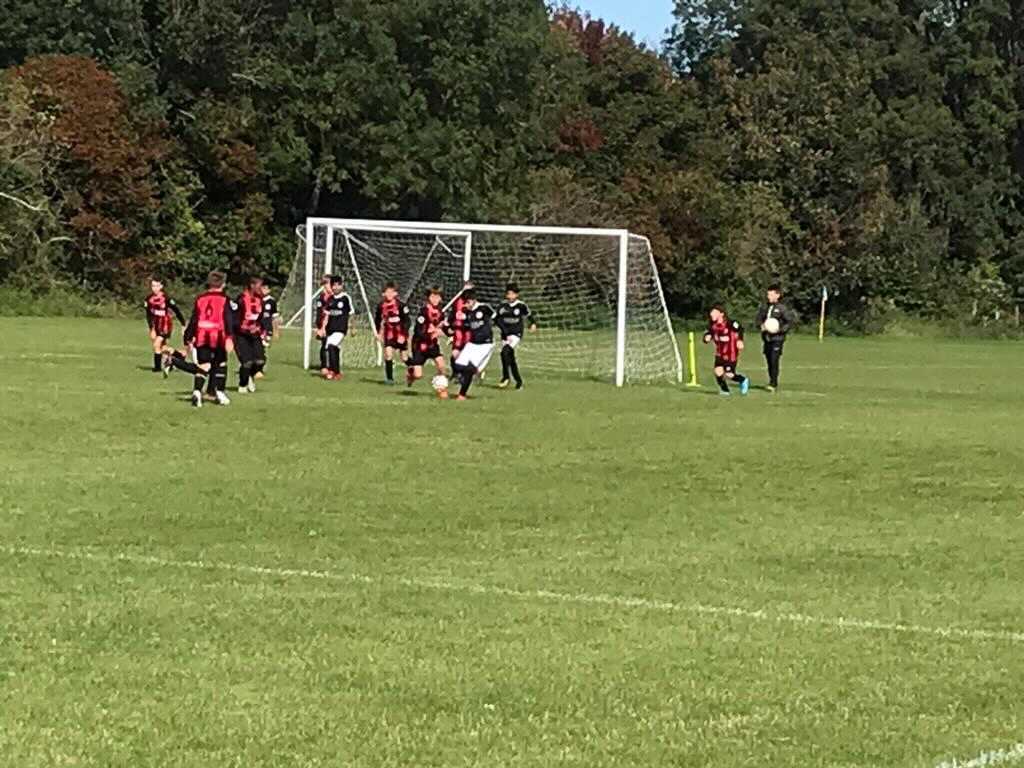 Our first home game of the season and the first time SJFC U11 playing at the Maple Cross home pitches. After an eventful first hour including heavy rain and rabbit holes which needed covering with soil from a nearby shop (Thanks to the parents for facilitating this) the game got underway. SJFC similarly to the previous match put early pressure carving out a few chances, unfortunately similarly to last week these were not taken and definitely needs to be worked on in the next training session. With SJFC continuing the high press, and the defence hoovering up any balls over the top, we let in a sloppy goal which from a few rebounds was finally knocked in. The team got back on the front foot and Adam scored a fantastic free kick from outside the box – direct, over the wall and into the corner. Even though SJFC were the stronger team in the first half we were starting the second half level. As the second half progressed, SJFC started being pushed back and some good passing and balls over the top meant that we were now 3-1 down going into the last quarter. We decided to push forward as a team, Aliabbas making a fantastic save in goal however with one more consolation goal from Aadam, St Joseph won the match 5-2. The team continued to stay true to the philosophy of passing out from the goalkeeper and pressing high on the opposition but the fatigue kicked in towards the end. The team played excellent and are starting to develop an understanding of the formation and the style of play we want to play this season, so with more practice in front of goal and a few more games under our belt we hope to get back to winning ways!