The rain was relentless as we came out onto the pitch but not as relentless as the SJFC team when we kicked off. Our team spirit shone through when Taha Rashid volunteered to replace our injured goal keeper just a few minutes before kick-off. 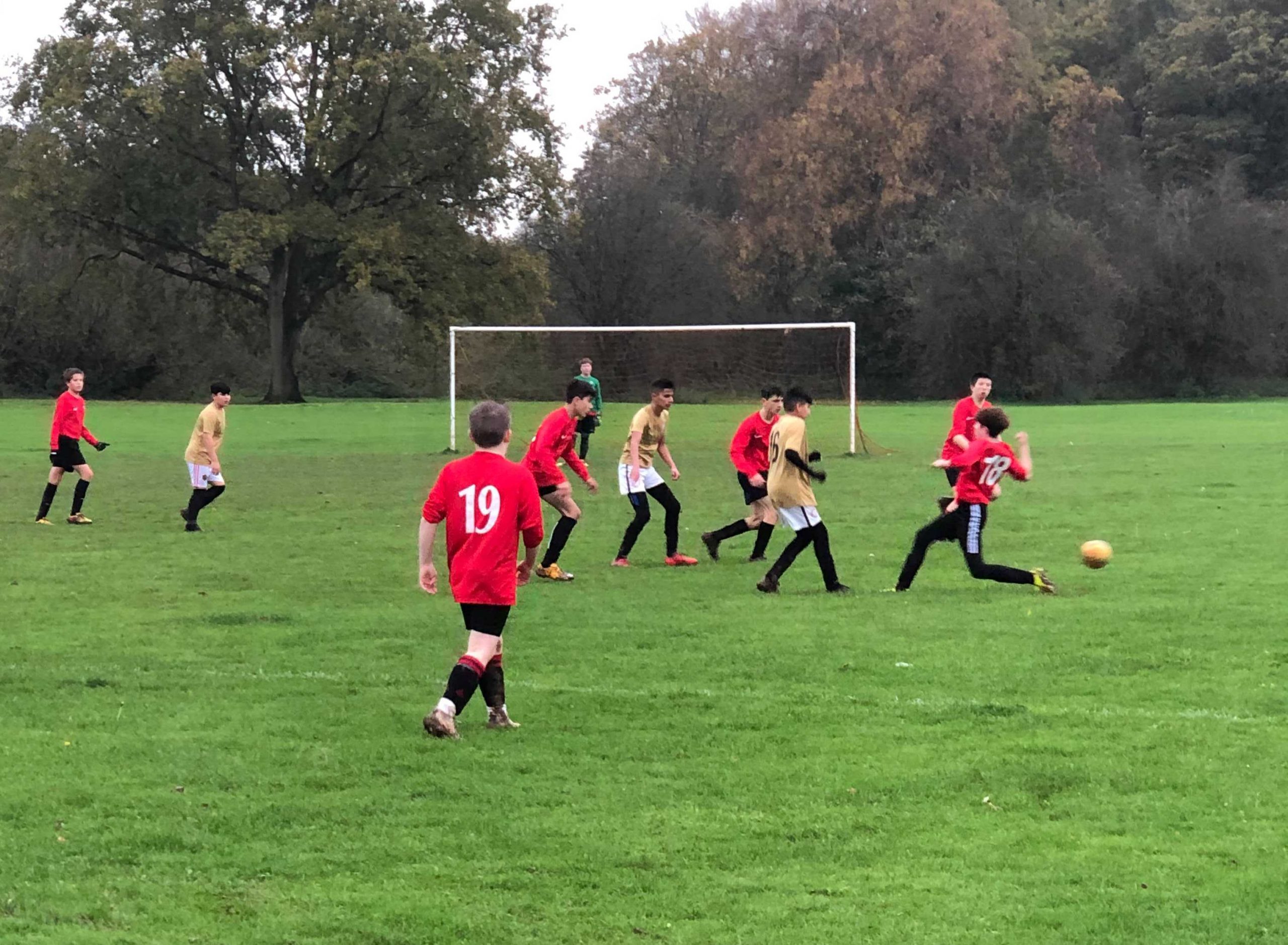 After our previous disappointing league matches this season, the SJFC team was determined to secure our first league victory.

The whistle blew and immediately SJFC were on the attack. Ali Dewji picked up the ball from a great pass by Hussain Alavi and skilled up a couple of players down the line before cutting inside on the edge of the box and curling his finish in the far corner. SJFC were 1-0 up!

The momentum was not maintained however and Amersham came back with two quick goals. Taking onboard our lessons from the more intense recent training sessions, the SJ team did not let their heads drop and knew they could turn this match around.

On the stroke of half-time, a good cross by Ali Rayhan Merali led to a bottom corner finish by Ali Dewji. 2-2 at half-time! 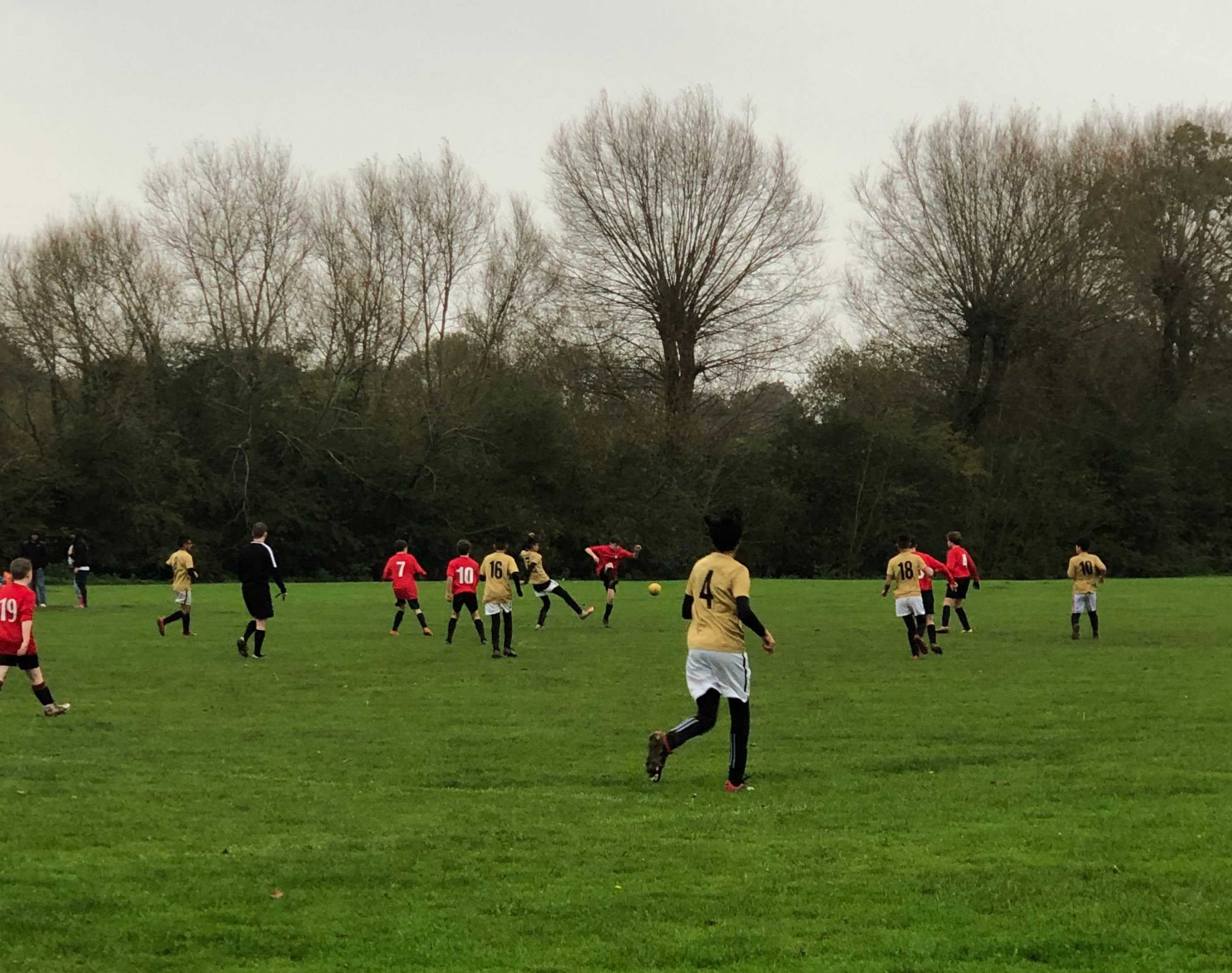 Half-time inspiration by our coaches Fuad Musa and Nazir Dewji were very encouraging and positive and the players could not wait to get back on the pitch and look to secure a victory.

The first 10 minutes of the second half were pretty equal as both sides battled non-stop to try and out wit the other side and take the lead. Our mid-field led by Aliraza Hamir were exceptional throughout the match and the goal that separated the sides was instigated by a pass from Aliraza to Hussein Alawi who chipped the ball over the defender for Ali Dewji to chase onto and score a slick left foot finish. 3-2 to SJ!

A few minutes later, Abid Ravji pressured their goal keeper which resulted in him winning the ball back. He kept his composure with a nice finish to score the fourth goal. SJFC were now leading 4-2!

After some further pressure by Ali Asaria caused panic in their defence and the ball fell to Ali Dewji’s feet who converted this into a goal. 5-2! 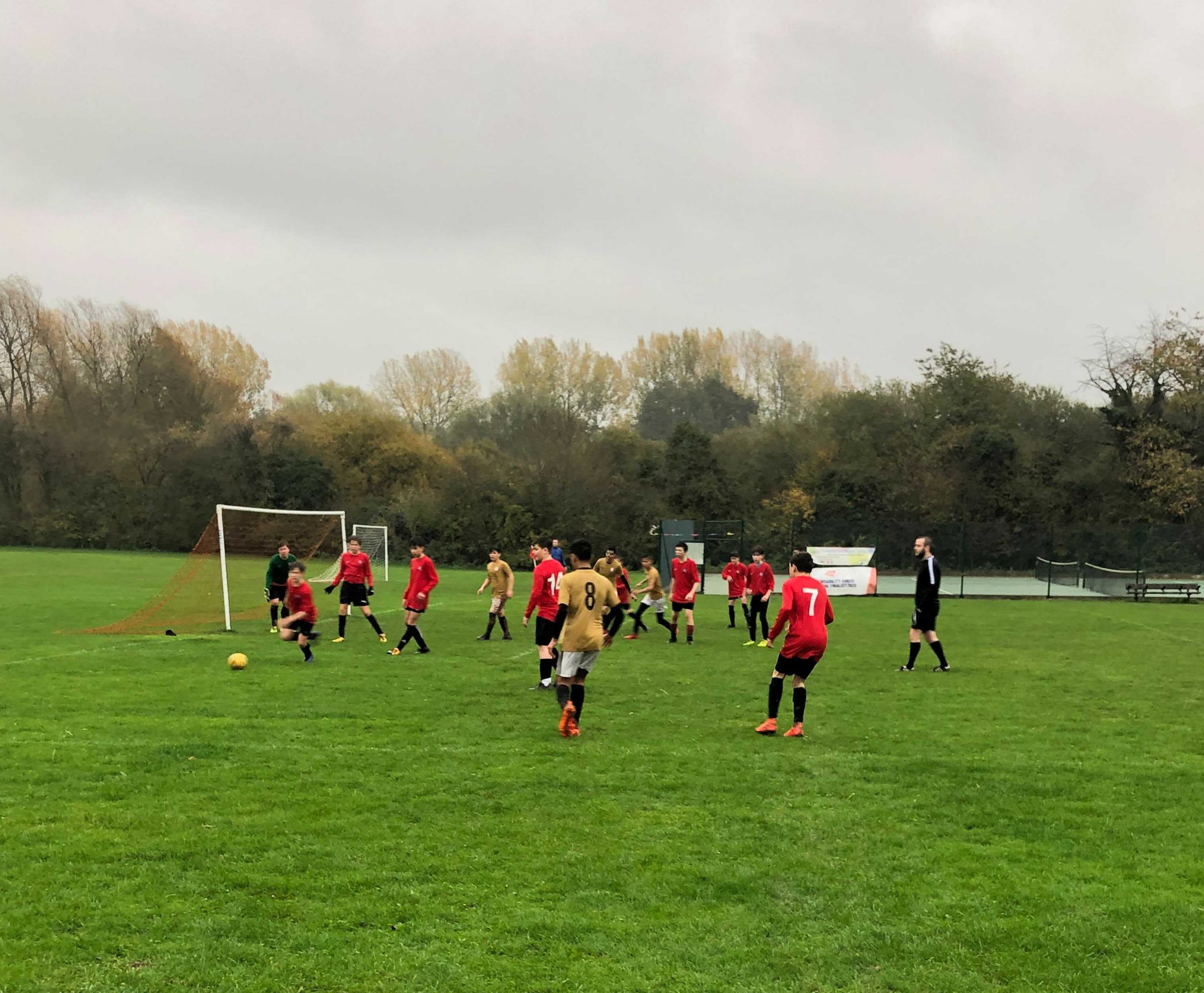 Although in the last 10 minutes, Amersham scored a consolation goal, our defence were the reason we kept this victory with Aqil Karawalli and Abbas Chandoo having a great game and being solid in defence.

Thank you to the coaches for all the motivation during the game and the parents that bravely watched despite the weather. A special thanks to my brother Zia Dewji for being the linesman for this game!