Our third game of the league was against Baldock Town Reserves on Sunday 15th September at our home ground in Watford. The team was in the changing room looking forward to put in a hardworking performance on the back of very good effort against a Sunday league Premiership team the previous weekend. 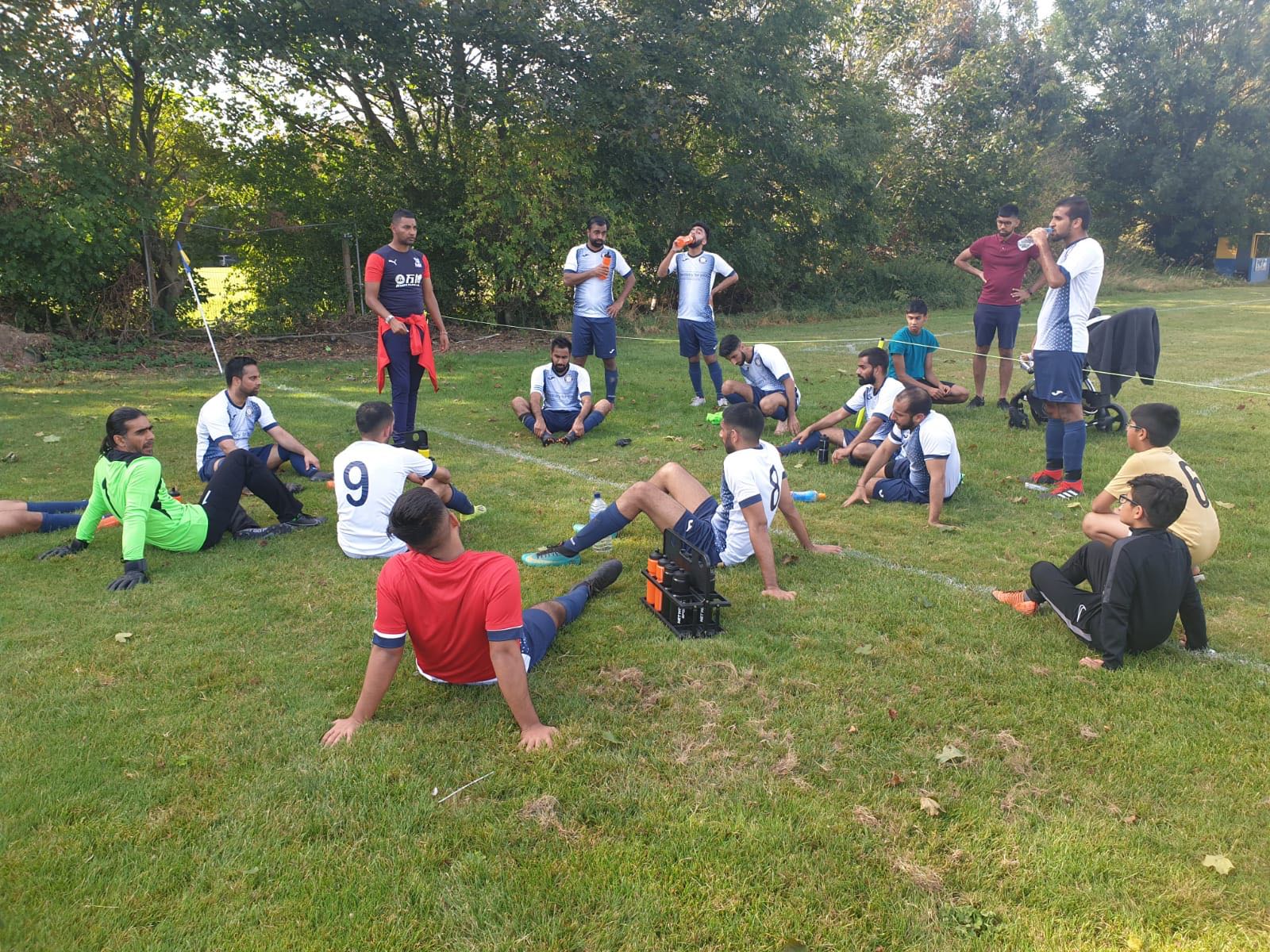 The first half started and we were really poor and couldn’t get any rhythm in the game. The team struggled to put two passes together, were not competing as we should’ve been and the opposition grew in confidence. SJFC struggled to get close to the opposition goal whereas Baldock were creating chances and testing our keeper. Around 30mins in they gained a corner, we struggled to clear it on numerous occasions and they capitalised on this and stuck the ball in the back of the net. The half finished 0-1 to Baldock which was a true reflection of the game so far.

After some stern words from they manager, SJFA came out in the second half and played really well for the first 15mins. Finally some efforts on goal, however we didn’t really test the keeper. A mistake at the back led to Baldock scoring a second and SJFC suddenly found themselves facing a more difficult task in trying to overcome a 0-2 deficit. With this we lost a bit of momentum until  when there was 5 minutes to go, Yaseen Valjy capitalised on a through ball took it round the keeper and slotted in calmly into the goal. 1-2 down and with little time left SJFA tried to earn the draw however it was all left a bit too late.

Overall conclusion of the game is that we are going to have to work a lot harder if we want to compete at the top end of the table this season.