After a difficult first fixture, SJFC lined up against Evergreen FC last Saturday. The weather, unlike last week, was a lot cooler with a hint of condensation in the air. The coach’s message to the boys was simple: keep improving week on week, work hard, and above all- win the game!

The game kicked off and SJFC for the first 20-25 minutes had majority of the possession but a lack of penetration. We kept the ball well, but every time we played it through- our striker Amirali (goal scorer from the prior week) was caught offside. 30 minutes into the game, and against the run of play, Evergreen took a shot from outside of the box that deceivingly lobs the keeper and settles into the back off the net. 0-1. 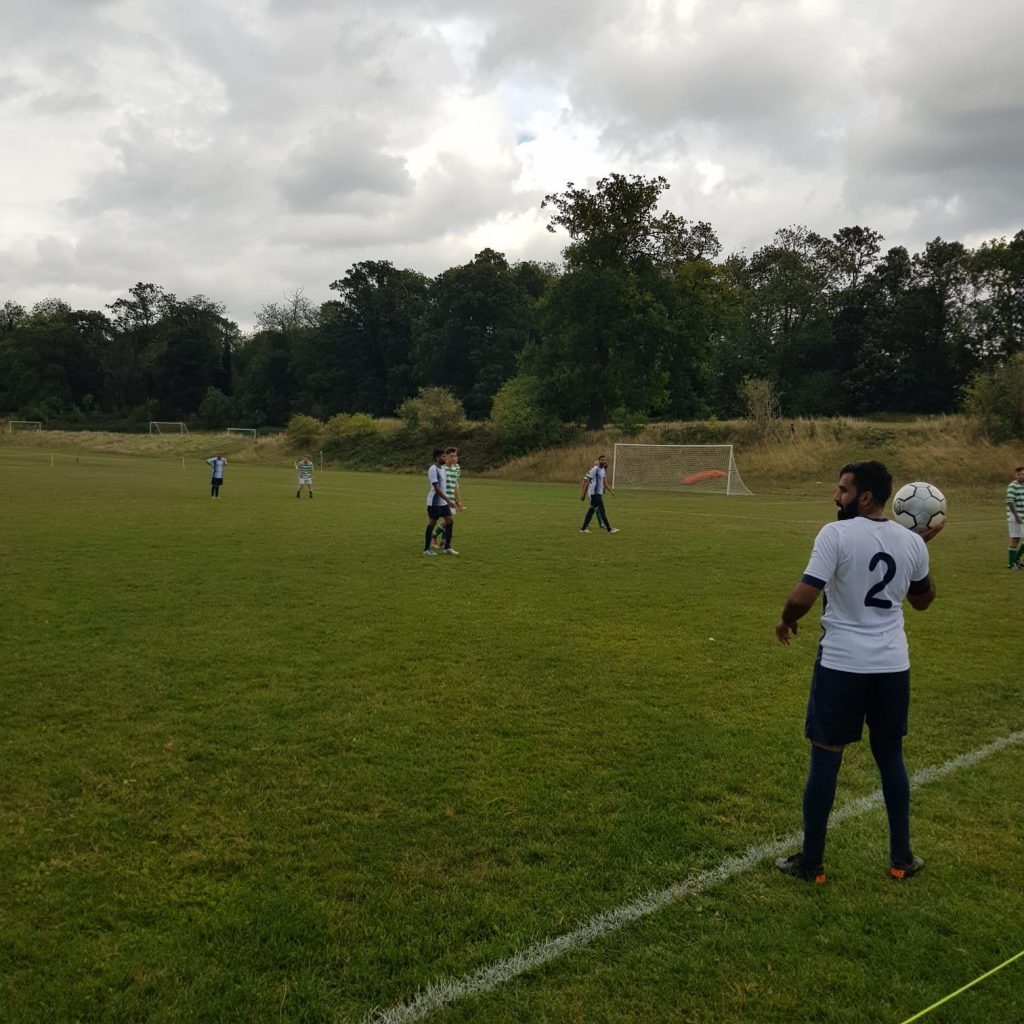 The next 15 minutes so Stanmore on the backfoot struggling to keep possession, seemingly a bit shaken by the goal. We got to half time and headed into the changing room as the heaven opened from above.

The half time message from the coach: re-focus, dominate the game and don’t get caught offside!

The second half saw SJFC really step up their game, after a slow first 5 minutes we started to get stuck into challenges and win the second balls. 65 minutes in, Maisam Merali (who had a great game) makes a darting run into the final third and plays a delightful through ball to Hussein GulamHussein (aka Husgul). The lethal striker is through on goal and comfortably finishes it into the bottom left corner. 1-1. Game on.

Stanmore continue to dominate the game and show strength on the pitch that the opposition did not expect. At one point, Shahid Abbas Jaffer shoulder barges an opponent who must have been double his size and comes out on top comfortably. 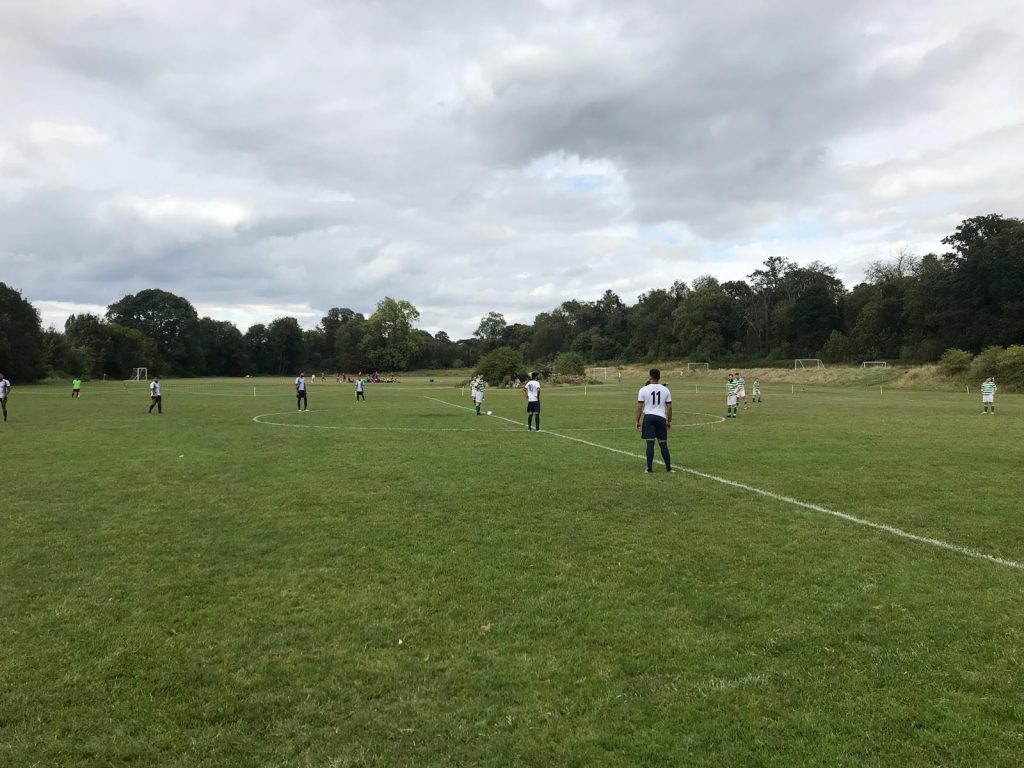 81st minute off the game. Corner to Stanmore. It is played short to Muahid who crosses straight to the back post- where, who else, but Husgul is challenging for the header and finesses into the back off the net. The crowd goes wild, and Husgul performs a knee slide from the edge of the box to the halfway line. The players jump on top of him and he gets up to a round of applause from the side lines (who is mostly his 16 family members).

SJFC then sees out the game to finish 2-1. 4 points from 2 games; a good start and something to build on. Come on Stanmore!