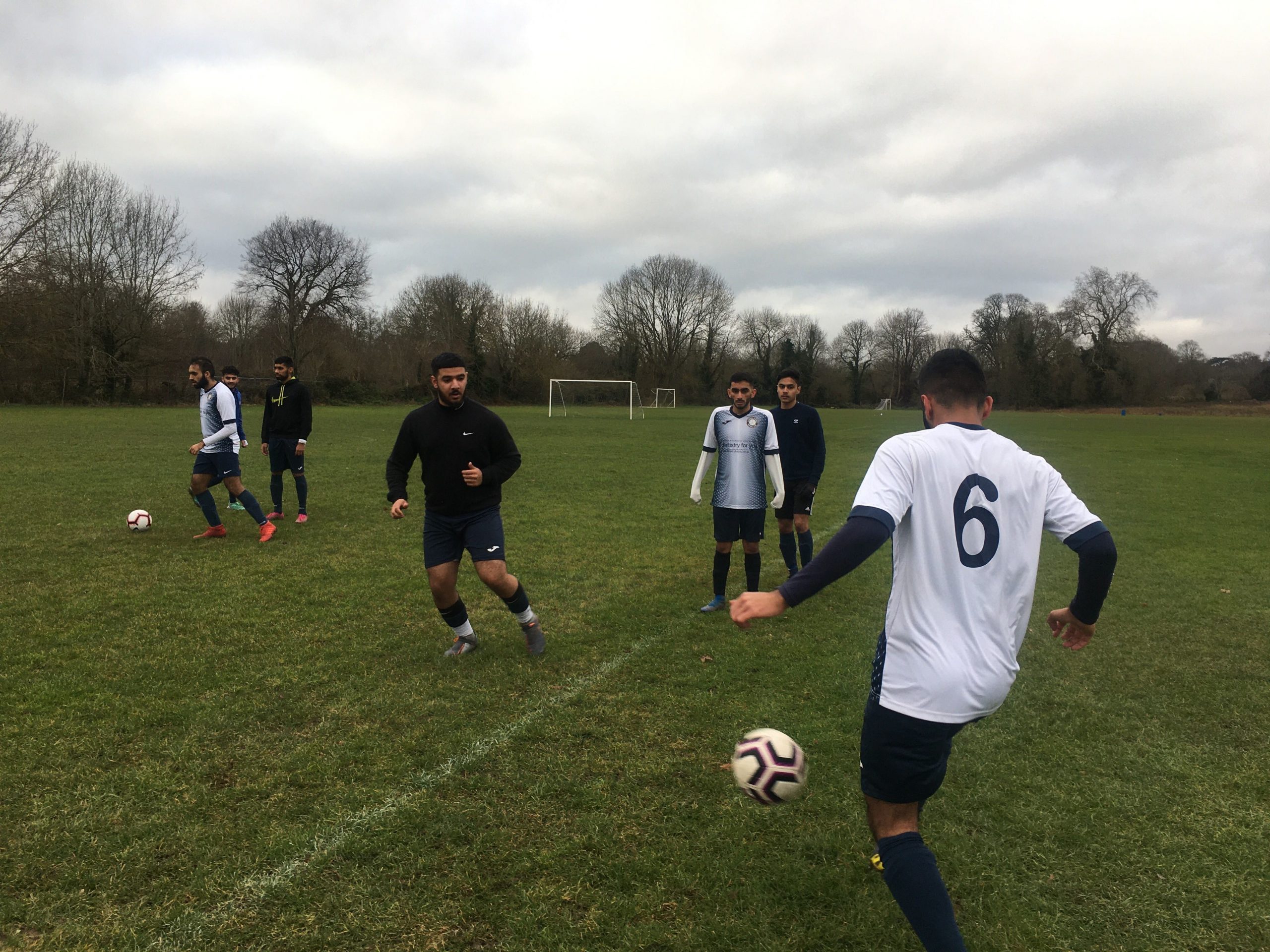 On an overcast, dreary day, SJFC faced Sandridge Rovers, the league leaders for the second time this season, this time at home. SJFC started the game slow, easing into the game, but a misplaced pass at the back led to an early goal for Sandridge. A chipped ball over the top gave their striker another opportunity and he rounded the keeper to make it 2-0 to Sandridge. SJFC grew into the game with already injured goalkeeper Tauseef making some crucial blocks and eventually after a slight change in formation, chances began to fall to the strikers, with Yaseen, Mogo and Gib all coming close to pulling a goal back. With Tauseef suffering another unfortunate injury, club secretary and star winger Maz donned the gloves and the No. 1 shirt late in the first half. The passing in the midfield improved, the tackles came in quicker and SJFC continued the momentum into the second half, keeping possession and creating some half chances. The best chance fell to Yaseen who, with a clear sight of goal, failed to convert as the bobble on the grass left him with too much to do. Sandridge were quiet but with the pressure on them, began to create chances from counter attacks and one of these led to a penalty. Maz, channelling his inner Muwahid, heroically parried the ball away as the striker fell to his knees, in complete disbelief that he hadn’t managed to convert from 12 yards. He soon made up for this as a loose ball fell to him just inside the area and Sandridge made it 3-0. SJFC had to dig deep and keep their heads up and a darting 40-yard run from Mutz created space for Yaseen, who latched onto a through ball to round the keeper and pull one back for SJFC. A late chance for Sandridge on the break with a tidy finish made it 4-1 to Sandridge just before the final whistle. A disappointing day for SJFC, who knew they didn’t perform to the best of their abilities and will look to improve in their last match of 2019 next weekend.