To kick-off the season SJFC entered two teams into the Northwood FC football festival. This tournament which is normally run in April every year was postponed to September due to the current lockdown provisions.

We had a great turnout from the community with over 20 boys attending – making up 2 squads. Given the parents and coaches that were also in attendance we formed an  impressive block representing our community with Akhlaq and good humour, even with social distancing!

For many boys particularly some of the younger ones this would’ve been the first time that they have played in a tournament and so it was great to see the boys remaining enthusiastic, full of energy and determined thoughout the 12 minute matches.

It was also important for the younger boys to experience the atmosphere at a tournament, where whilst there may be tough tackling and bigger boys to deal with, there is no reason why they cannot compete to a high standard.

Linked with this is the care with which all SJFC coaches have built up our local reputation, and it was good to see the younger boys maintaining great sportsmanship during the matches including making sure that our teams and subs always clapped off the opposition at the end of the game.

For the older boys, who will move into Tier 2 this season, it was for me personally a good chance to see how far many of them had come from the days when they were reception age boys playing in the indoor sports hall at Harefield. Shocking that was 2 years ago!

For those older boys it is hoped that they would take a keen interest in the more structured football that Tier 2 provides as well as the opportunity to try out for the league.

From a local development perspective, we were also able to build up links with some local coaches and we hope to organise friendly matches over September and October as time allows. 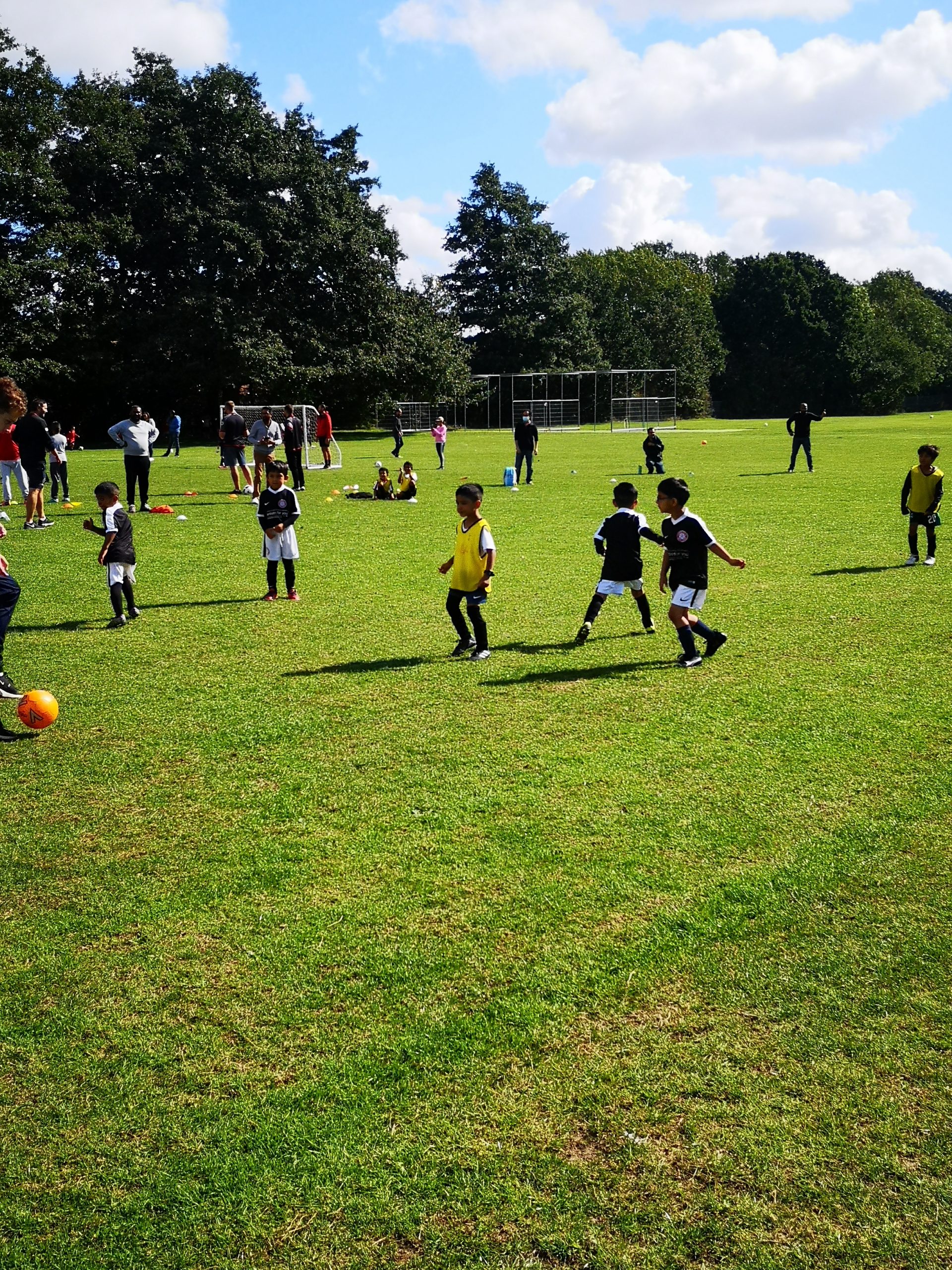 On the day I was joined by coaches Mohsin Mawjee and Yaseen Valjy. Particular thanks to Yaseen who was coaching in his first u6 tournament.

A personal highlight for me was seeing the younger boys team celebrate a goal scored by Ali Hussain WaljI, deafening us all in cheers so loud, the neighbouring pitch paused their game!

Overall, although playing against more developed teams, the boys enthusiasm for football shone through, the weather was good, medals and certificates were enjoyed by all and as such I couldn’t think of a better way to start the new season.