The Muslim Council of Britain hosted an event on 12th Oct 2019 on the topic ‘Our Youth Our Future’. This was to discuss how we can bring in more young people to our mosques in the UK. The fact that this conference was held at Leicester City’s King Power Stadium, was no coincidence that football and sports in general could be the key to unlock this conundrum.

Stanmore Jafferys were invited to give their insight on this topic and their experience of how to start a Mosque Sports/Football club to engage with youths in our community. 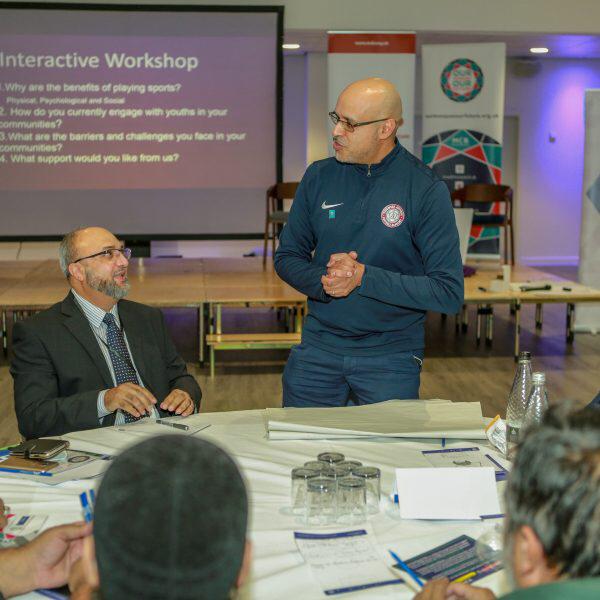 The event was attended by 400 participants across the UK. During the mornings first set of Panel discussions (on Young Imams and Alimahs), we were given an insight on how there were approx 1700 mosques in the UK with Muslims representing 5% of our population. Out of this figure about 50% of British Muslims are aged 24 years old or younger. Unfortunately, for many young British Muslims, their local mosque is not perceived as an exciting or attractive place to hang out or spend time in. Is this really true?

One of the issues faced in mosques is the old mentality and predominant focus that our leaders in mosques are focused on the teaching of Islam together with the emphasis of madrassas. There is absolutely nothing wrong with this, however, in order to engage with the youth in our communities, we need to include an element of activities that our youngsters can relate to. No doubt this needs to be within our boundaries, but we need something that will create a positive impact, that allows our youths to contribute and be part of their local mosque. To give them a sense of belonging, an identity, and a purpose.

If we look and consider for a moment what positive impact influences our youth in society, sports is a great candidate (whether individuals play or just watch). 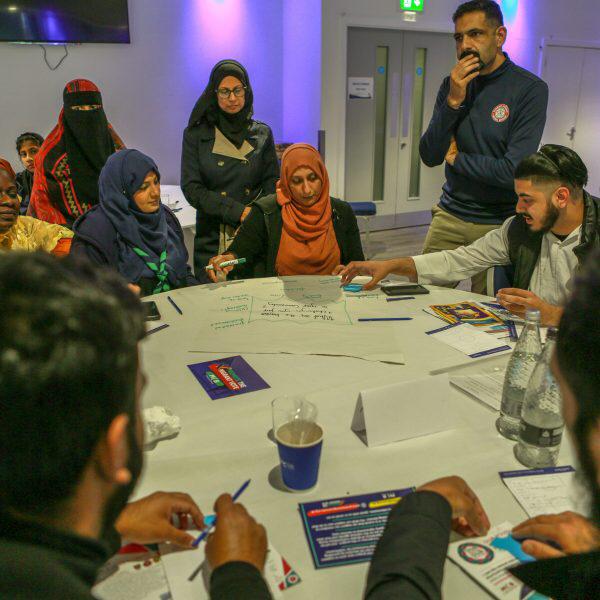 The afternoon session at the “Our Mosque Our Future” event, there were 8 interactive workshops covering various topics with experts in those fields. Stanmore Jafferys together with The FA, West Ham Utd Foundation and Hayderi FC were invited to host one of the workshops on how to start a Mosque Sports/Football Club.

Rashid Abba kicked off our workshop by introducing concepts through his incredible work at West Ham Utd. He followed this up by an interactive group participation to discuss four key areas?

This created an incredibly enthusiastic dialogue covering an array of discussions which included a sense of belonging/purpose, gaining confidence, teamwork, inclusivity, family values etc. These were amongst many topics that would assist and involve youths at our mosques through sports.

The workshop concluded by giving the delegates and insight into two case studies. Both Shafique Govani from Stanmore Jafferys and Navshir Jaffer from Hayderi FC demonstrated how their respective mosques successfully set up sports/football organisations and the benefits that come with it.

Introducing sports no doubt plays a fundamental role in encouraging young people to attend and participate at their local mosques. There is a huge appetite for this which was illustrated during the final panel discussion at the conference which was hosted by Kevin Coleman from the FA. The panelist gave their experience in their organisations and how sports has changed peoples lives through Football, Youth and Mosques. 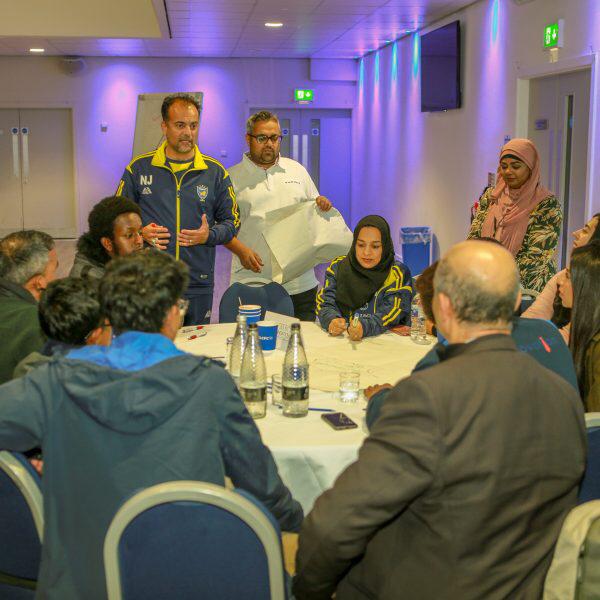 As the conference came to a close, we realised the incredible work that is being done to encourage youngsters to take part in their local mosques and communities. Be it through sports, volunteering, support, well being, inclusivity and role models.

However, there are still mosques out there that have been untapped and it is events like this that will unlock the potential to make a better future for our youths.