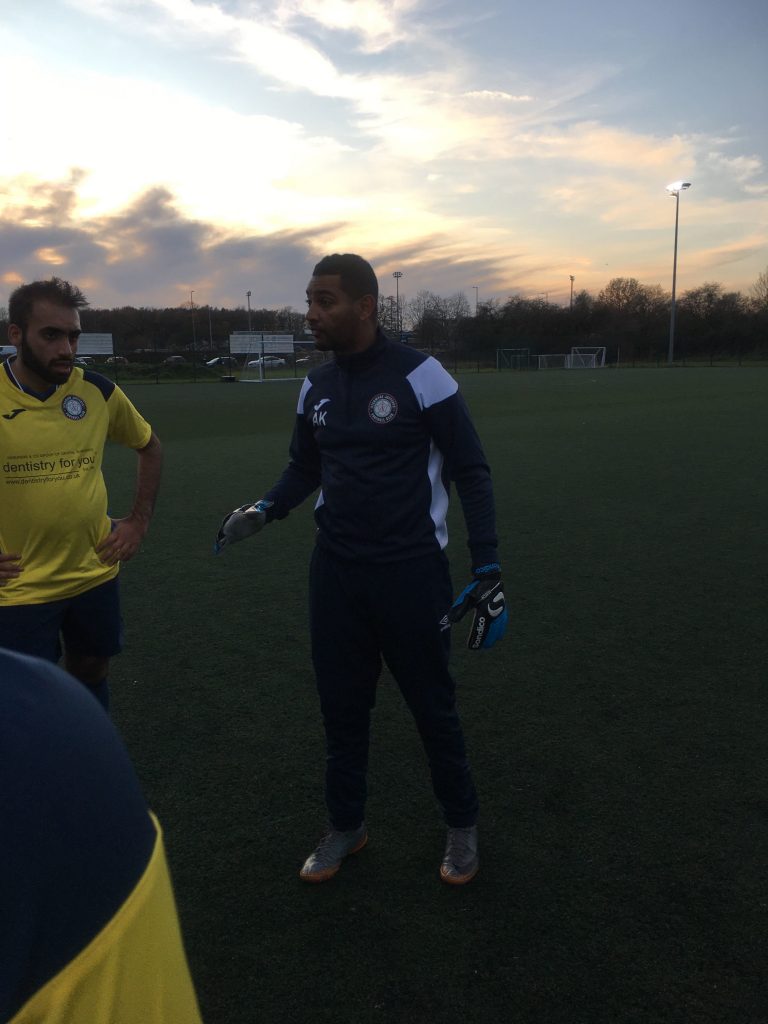 With the injuries starting to pile up for Stanmore, youngsters Roshanali Chuzi and Hussein Abdullah were drafted in after impressing with their performances in the Monday night Flexi league games. Stanmore were missing at least 9 players including top scorer Amirali Merali, and there were real questions over how Stanmore would be able to win a penalty without their slow-motion striker.

With Rosh thrown straight into the side starting at CB alongside usual left back Maisam Merali, the back 4 had a slightly unfamiliar look about it. However, this didn’t dampen the Stanmore spirits, and after a good warm up and encouraging team talk from the coach, the game kicked off. Stanmore started quickly, immediately getting a couple of shots away within the first 5 minutes. After some early pressure, Stevenage began to grow in confidence, and a lofted ball over the top towards their right winger saw him swing his left foot at the ball and watch as it somehow sailed all the way over the Stanmore keeper and into the roof of the net. However, Stanmore were not disheartened and immediately got back into the opposition’s faces, with Yaseen Valjy leading the line very well and pressing from the front. A good passing move saw Murtaza Blue with the ball at his feet, and after beating a couple of players from the right hand side, he was able to unleash a trademark left footed strike that was spilled by the Stevenage keeper right into the path of Yaseen, who powered the ball into the roof of the net. At 1-1, Stanmore knew not only did they have a game on their hands, but a chance for revenge over a side who had narrowly beaten them 2 weeks earlier.

With both sides playing good football, the game became a very interesting contest. A ball over the top from Stevenage saw the Stanmore keeper make a fantastic save 1 on 1, however moments later he was unable to repeat his heroics as yet another long ball over the top saw the Stevenage striker slide home a cool finish. Now 2-1 down, Stanmore began to up the intensity again. With just a few minutes to go before half time, Yaseen found himself on the right wing with the ball, and showed some great skill to beat two players and loft a cross over the keeper towards the back post, where none other than aerial threat Mohammed Gulamhussein was waiting to head the ball into the empty net. At half time, with the score at 2-2 and Stanmore playing some fantastic football, the whole team agreed that they weren’t leaving without 3 points. 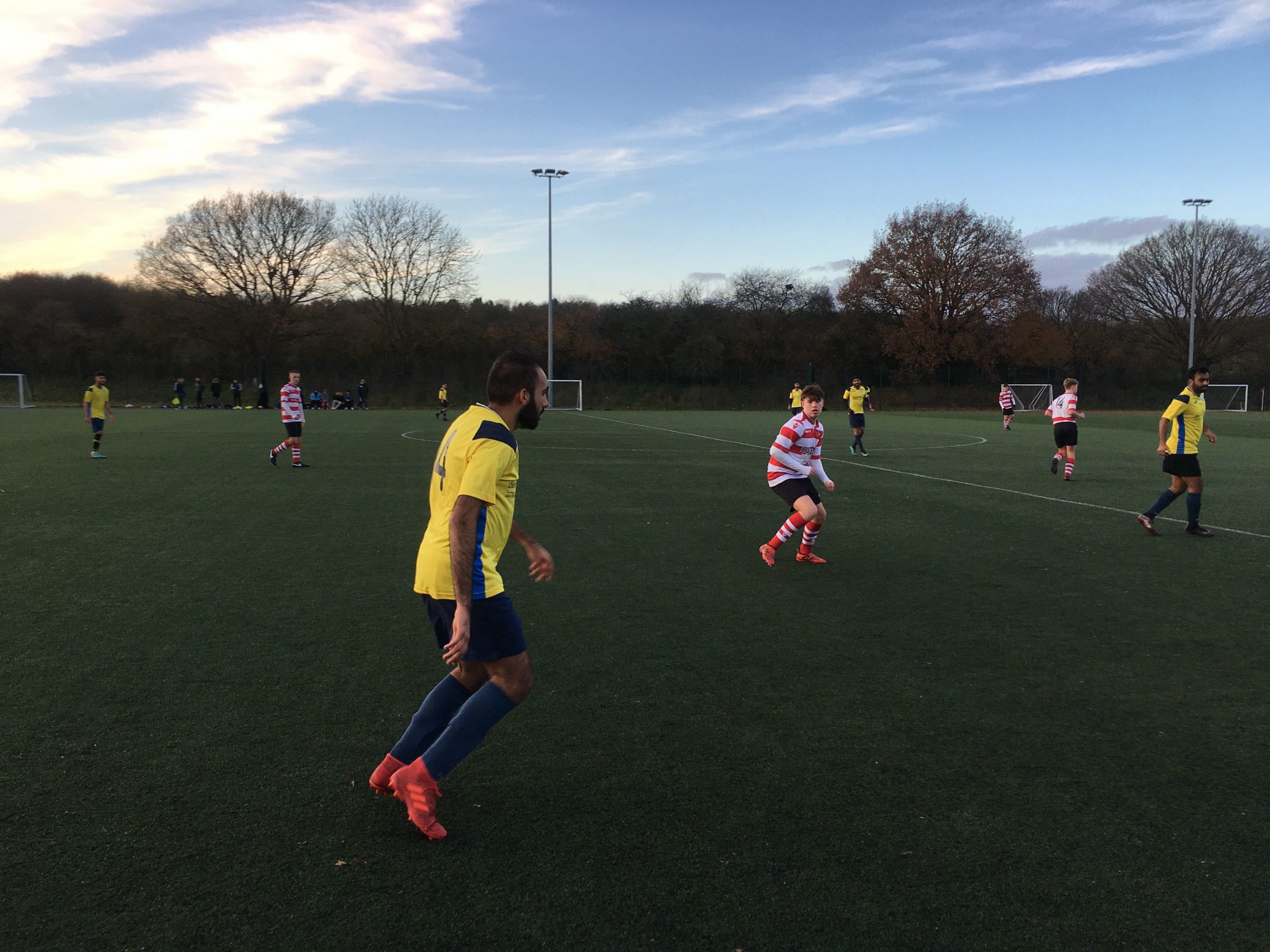 Whilst the first half may have been an evenly fought contest, the second half was nothing of the same. Stanmore dominated possession, with their midfield 3 of Gib, Abbasali and Muwahid dictating the game and controlling the tempo. Yaseen was a threat every time the ball got anywhere near the penalty area, and Murtaza blue was weaving through players as if they weren’t there. However, as much as the forward players were playing their part, the makeshift back 4 looked nothing short of assured and comfortable every time Stevenage ran at them. Rosh had slotted seamlessly into the centre of defence, marshalled by the ever reliable Maisam Merali, with fullbacks Mahdi Shabir and Mahdi Hemraj keeping the Stevenage wide men quiet.

As the game entered its last quarter, Stanmore substitute Baqer played a defence splitting through ball to Yaseen, who tucked the ball away with ease, only for the celebrations to be cut short by another trigger-happy linesman, despite being blatantly onside. However, there was nothing he could do 5 minutes later as Murtaza left behind the Stevenage left back for what must’ve been the 10th time during the game and unleashed a shot on goal, which the keeper couldn’t hold. Yaseen pounced on the loose ball and put Stanmore ahead 3-2, a lead which was very much deserved on the back of a superb second half display in which they were unlucky to not be ahead by more.
Stanmore saw out the final 15 minutes of the game with relative ease, and bar a few rare forays into the Stanmore half, Stevenage were kept very quiet in the second half. A very well-deserved victory for the team and we look forward to trying to keep up the momentum this Saturday.