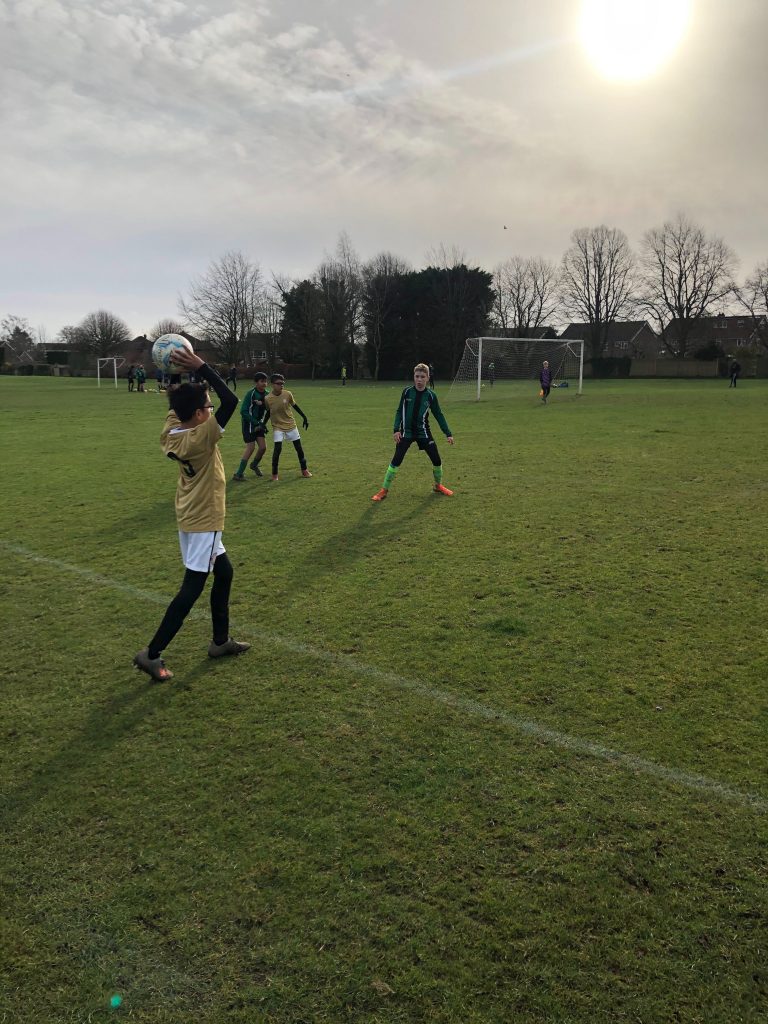 We arrived at the ground, cold but with high spirits. We all warmed up and kicked off at 9.30.

We scored in the first 2 minutes of the game. They began to attack but our defending and keeping was solid, and we then gained another 2 brilliant goals.

A slight defensive lapse saw us concede a goal, the keeper had no chance as this was a volley right into the corner.

Jaabir Walji then scored a lovely directed shot into the bottom right corner of their goal. 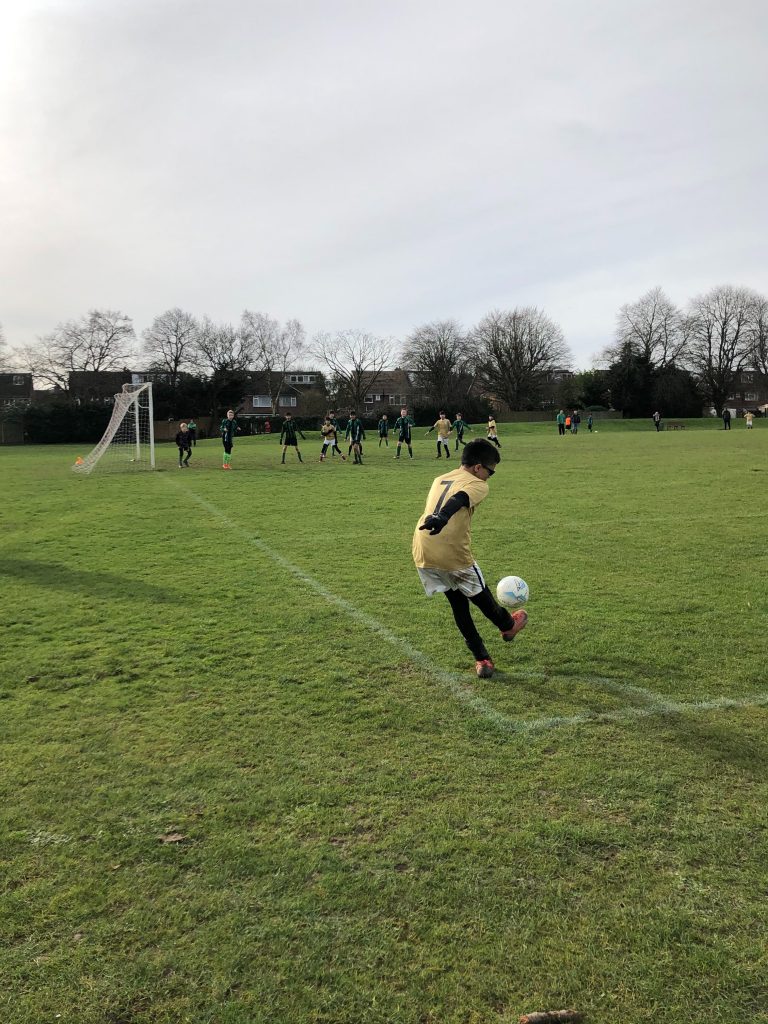 In the second half, everyone gave 100% and we scored another goal.

Then Ali Dewji made a great run, took on 3 players and hit it into the top corner.

The forwards were combining well and Hussein Alavi scored a tap in from a good cross.

The final score was 8-2 to SJ, and it was a good all-round team performance.